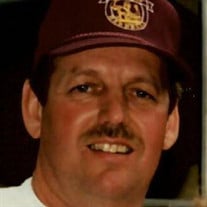 Walter Fishwick, age 69 of Methuen passed away on April 15, 2020 at the Nevins Nursing and Rehabilitation Center. Walter was born in Lawrence on May 6, 1950 to the late Harold F. and Viola A. (Giles) Fishwick. He was a graduate of Lawrence High School, Class of 1968, where he played football. Walter was a proud United States Navy Veteran. On April 15, 1972, Walter married the love of his life, Faith (Hajjar) at St. Joseph’s Melkite Church in Lawrence. He was a warehouse manager for Shaheen Brothers for 38 years where he will be remembered as a hard worker. Walter enjoyed trips to Foxwoods and his beloved New England Patriots. He was a devout parishioner of St. Joseph’s Melkite Church and an active member of the Cursillo Community at St. Basil’s in Methuen. Walter was very meticulous, detail oriented and very handy. He also enjoyed going to the beach, fishing, and running. Walter was the beloved husband of Faith Fishwick with whom he shared 48 years of marriage. He was the devoted father of Heather Dormer and her husband Mike of Merrimack, NH, Michael Fishwick and his wife Sarah of Westford, and Joseph Fishwick and his wife Ryan of Arlington. Walter was the loving grandfather of Claire, Michael, Martin, and Peter Dormer, Walter and Natalee Fishwick and Joseph Fishwick. He was the dear brother of Patricia Fishwick of Haverhill, and Karen and Dan Debruyckere of Derry, NH. Walter is also survived by many nieces and nephews. He is predeceased by a sister Linda Murphy, two infant brothers, and his mother in-law Claire Hajjar. A graveside service will be held at United Lebanese Cemetery of South Lawrence. The family will hold a memorial service and reception at a later date. Donations in Walter’s memory may be made to Lazarus House Ministries, PO Box 408 Lawrence, MA 01842. To leave an online condolence, please visit www.pollardfuneralhome.com. The Kenneth H. Pollard Funeral Home is proud to serve the Fishwick family.

Walter Fishwick, age 69 of Methuen passed away on April 15, 2020 at the Nevins Nursing and Rehabilitation Center. Walter was born in Lawrence on May 6, 1950 to the late Harold F. and Viola A. (Giles) Fishwick. He was a graduate of Lawrence High... View Obituary & Service Information

The family of Walter Fishwick created this Life Tributes page to make it easy to share your memories.