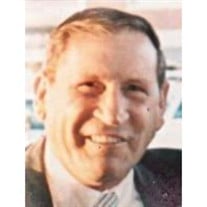 Methuen, MA- Walter E. Fleming, 78, died Thursday May 21, 2009 at the Portsmouth Regional Hospital in Portsmouth, NH. Born in Lawrence on October 20, 1930, Walter was the son of John O. and Bertha M. (Blair) Fleming. He was a graduate of Lawrence Public schools and then went on to study Criminal Justice at Northern Essex Community College where he earned his degree. Walter served rank of Sgt. in the US Army infantry division and 7th armored infantry and was stationed throughout Germany. In 1967 Walter was appointed a permanent Police Officer in the City of Methuen. He was a proud member of the force for 30 years and was a mentor to many, until his retirement in 1995. Walter was a member of the Methuen Police and Firefighters Retirees Association Inc., Retired State County and Municipal Employees Association, American Legion Post 122 of Methuen, the American Association of Retired Persons (AARP), and a past member of the Methuen Police Patrolman?s Union. Walter enjoyed traveling but his biggest joy in life was spending time with his family and watching all of his grandchildren playing sports. Walter touched many lives and will be greatly missed. The widower of the late Nelly (Bistany) Fleming, Walter is survived by his son, Walter J. Fleming and his wife Karen L. of Methuen, his daughter, Diane M. Kahigian and her husband Mark J. of Hampton, NH, 5 grandchildren, Kara, Patrick and Megan Fleming of Methuen and Jessica and Christina Kahigian of Hampton, NH . He is also survived by a special friend, Barbara Thibault of Methuen, as well as several nieces and nephews. ARRANGEMENTS: Relatives and friends may pay their respects on Tuesday, May 26, 2009 from 3-8 PM at the Kenneth H. Pollard Funeral Home, Inc. 233 Lawrence St., Methuen. A funeral service will take place on Wednesday, May 27th at 10 AM at St. Andrews Church in Methuen, with burial to follow at Elmwood Cemetery also located in Methuen, As an expression of sympathy, those who wish may make memorial donations in Walters name to the American Cancer Society Memorial Giving Program, 30 Speen St. Framingham, MA 01710 or to the American Diabetes Associaion 330 Congress St., 5th Floor Boston, MA 02210.

Methuen, MA- Walter E. Fleming, 78, died Thursday May 21, 2009 at the Portsmouth Regional Hospital in Portsmouth, NH. Born in Lawrence on October 20, 1930, Walter was the son of John O. and Bertha M. (Blair) Fleming. He was a graduate of... View Obituary & Service Information

The family of Walter E. Fleming created this Life Tributes page to make it easy to share your memories.