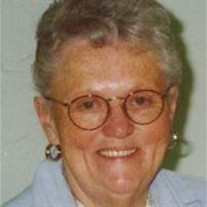 Shirley M. (Clark) Ewing, age 82 of Methuen passed away on February 2, 2018 at Lawrence General Hospital. Shirley was born in Lawrence on August 2, 1935 to the late Russell and Anna (O’Brien) Clark-Bergeron. Later in life, Anna married Conrad Bergeron who was known to the family as “Papa”. Shirley was a longtime employee of the IRS, where she retired from. She was a former communicant of both St. Monica’s and St. Lucy’s Parishes of Methuen. Shirley loved spending time with her family and friends, and helping organize family functions. She was known as Mom, Nana, or Auntie Shirley. Shirley enjoyed making annual trips to Florida with her late husband and later in life she enjoyed trips to both Mexico and Ireland with her friends. Shirley was the beloved wife of the late Albert C. Ewing with whom she shared 36 years of marriage. She was the devoted mother of Deborah A. Ewing of New Hampshire, Michael J. Ewing and his wife Diana of Methuen and Steven Ewing and his wife Amy of Methuen. Shirley was the dear sister of Maureen Clark, Ann Bergeron and her husband Paul, William Clark and his wife Joyce, the late Marilyn Clark, the late Lillian Clark, the late Carole Gebo, the late Patricia Kershaw, and the late Terry Tomaselli. She was the loving grandmother of Heather and her fiancé Matthew Johnson, Richard, Casey, Patrick, Aiden and Hannah Saunders, Michael Ewing Jr. and Meaghan Ewing. Shirley was the cherished great grandmother of Carter. She is also survived by many nieces and nephews and predeceased by her nephews; Conrad Warren and Brien Gebo. Friends and guests are invited to call on Monday, February, 5, 2018 from 4:00 PM until 7:00 PM at the Kenneth H. Pollard Funeral Home, 233 Lawrence St. Methuen. A funeral service will be held at the funeral home on Tuesday, February 6, 2018 at 9:00 AM. Interment to follow at Elmwood Cemetery of Methuen. For directions and online guestbook, please visit the funeral home website, www.pollardfuneralhome.com. The Kenneth H. Pollard Funeral Home is honored to serve the Ewing Family.

The family of Shirley M. (Clark) Ewing created this Life Tributes page to make it easy to share your memories.