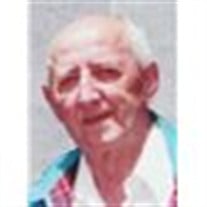 Roland R. Fluet,�93, longtime resident of Methuen, died peacefully Friday morning, December 7, 2012, at Mary Immaculate Nursing Home, Lawrence. � Roland, son of the late Eugene and Lydia (Marcheterre) Fluet, was born in Lawrence on March 6, 1919. He studied at Maryvale Preparatory Seminary of Bedford before graduating from Lawrence High School in 1938. He went on to serve in the United States Army Air Corp during World War II, and was awarded the Purple Heart, four Bronze Stars and the Good Conduct Medal before his honorable discharge in 1945. Roland was employed with Bolta Products for more than 30 years and was a member of the United Rubber Workers Union. After retiring in 1979, he and his beloved wife of 56 years, Mary (Stafford) Fluet, enjoyed many road trips throughout the United States. Mary died in 2002. Roland will be remembered by all who knew him as a good, kind, and cheerful man. He will be deeply missed by his children; Marcheterre Fluet of Petersham and Daniel F. Fluet and Andrew J. Fluet, both of Methuen; his ?baby sister? Pauline Fluet of Florida; four grandchildren: Valerie Fluet, serving in the United States Air Force in Colorado, Lisa Fluet of Boston, Daniel Fluet of Methuen and Rebecca Connolly of New York; five great grandchildren and several nephews and nieces.�He was predeceased by two sons; Michael R. Fluet and Douglas J. Fluet. For 67 years, Roland was a faithful communicant of St. Monica?s Church in Methuen. Family and friends plan to honor and celebrate Roland?s life by gathering for a Mass of Christian Burial at St. Monica?s on Friday, December 14, 2012 at 11 AM.� Burial will follow in Elmwood Cemetery. Friends will be warmly received at the Kenneth H. Pollard Funeral Home on Friday, December 14 from 8:30 AM until 10:30 AM. Those who may wish to remember Roland by making a contribution in his memory are asked to consider the MSPCA and Nevins Farm, 400 Broadway, Methuen, MA 01844. For directions, or to share a memory or condolence with the family, please visit us online at�www.pollardfuneralhome.com�or visit Kenneth H. Pollard Funeral Home on Facebook.�The Pollard family is honored to assist the Fluet family with arrangements.

The family of Roland R. Fluet created this Life Tributes page to make it easy to share your memories.