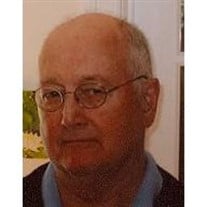 SALEM, NH ? Richard W. Tucker, 69 of Salem, NH, died peacefully surrounded by his family Friday morning at Caritas Holy Family Hospital in Methuen, MA. Born in Lewiston, ME, son of the late Richard and Marion (Tidswell) Tucker, he was eduated in Canton and graduated from Canton High School, Canton, Maine in 1957. He served in the U.S. Airforce and received an honorable discharge. For 30 years, Richard was employed as a truck driver with Sanborn Motor Express and later with APA Transportation and was a member of the Teamsters Local # 25. He was a Mason with the Whitney Lodge in Canton, ME and he also was a member of the Shrine at Bektash Temple in Concord, NH. He leaves his wife of 23 years, Kathleen R. (Burrington) Tucker of Salem, NH; his children: Sharon C. McCarron and husband Michael of Hartford, ME; Tracy D. Donahue and husband Thomas of Salem, NH; Nancy E. Tucker of Salem, NH; Bert A. Tucker of Cummings, GA and Kevin Izzo and his wife Hui Gao of Providence, RI; a sister Saundra J. Wright of Alexandria, VA. Grandchildren Zachary and Sean McCarron of Hartford, ME and Yali and Yarming Izzo both of Providence, RI. Richard also leaves his niece Courtney Vann and husband Tommy and his great-niece Jade Vann both of Lorton, VA. ARRANGEMENTS: In lieu of flowers, memorials can be made to Silverthorne Day Care Center 23 Geremonty Drive, Salem, NH 03079. Family and friends may call on Monday from 2:00p.m. ? 3:30p.m. A Masonic Service will be held at 3:30p.m. at the funeral home. The burial will take place on Thursday at the Elmwood Cemetery in Sumner, ME.

The family of Richard W. Tucker created this Life Tributes page to make it easy to share your memories.