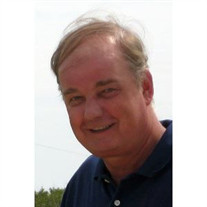 Former Methuen native, Richard ?Rick? L. Hayden, 63, passed away peacefully at home on March 23, 2017. Rick was born in Lawrence, MA, son of the late George F. and Patricia (Spofford) Hayden on May 15, 1953. He attended Central Catholic and graduated with the Class of 1971 from Tenney High School. Rick also attended Northern Essex Community College. He served in both the United States Marine Corps and the US Army. After Rick?s service to the country, he continued to serve his community. He was an officer in the Vergennes, VT Police Department. After relocating back to Methuen, Rick served as a Constable in the Methuen and Lawrence area for many years. As a man who had various interests and hobbies, he was a licensed recreational pilot, enjoyed RV camping and boating, and was an amateur photographer. Rick loved the feeling of the open road either in one his cars or motorcycles. Rick also enjoyed talking with and meeting people. He was fond of animals, especially his cat Toby. Rick is survived by his brother, George Robert Hayden of Guntersville, Alabama, his nephew, James Hayden, of Tallahassee, Florida, his niece, Donna Lynn (Hayden) Grieco, of Jacksonville, Florida, and his aunt, Lorraine Spofford, of LasVagas, Nevada. He is additionally survived by an uncle, cousins and friends. Visiting hours for Rick will be held on Thursday, March 30, 2017 from 9:00 ? 11:00 AM at the Kenneth H. Pollard Funeral Home, 233 Lawrence Street, Methuen, MA. Friends and relatives are cordially invited to attend. A funeral service will be held at the conclusion following calling hours at the funeral home. Interment to follow at Elmwood Cemetery, 130 North Lowell Street, Methuen, MA. In lieu of flowers, donations may be made in Rick?s memory to either the Nevin?s MSPCA, 400 Broadway, Methuen, MA 01844 or to the Massachusetts Make a Wish Foundation, One Bulfinch Place, 2nd Floor, Boston, MA 02114. To leave an online condolence, please visit www.pollardfuneralhome.com. The Kenneth H. Pollard Funeral Home is proud to serve the Hayden family.

The family of Richard "Rick" Hayden created this Life Tributes page to make it easy to share your memories.