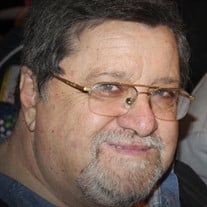 Richard Ernest Calla, 80, resided in Somerville, MA. Sadly, he passed away in Methuen, MA, at the Nevin’s Nursing and Rehab Center on July 10, 2021. Richard Arthur Ruzzo came into existence on April 12, 1941. His adoption took place in the month of November, 1942. Phyllis and Ernest Calla gave him his forever home. At the time of his adoption, Richard’s name was changed to Richard Ernest Calla. Richard lived in East Boston and attended East Boston High School, graduating in 1958. He also served in the National Guard. He attended Northeastern University and played football until he left to pursue business ventures. Richard began a career in banking at the Shawmut Bank and went on to hold the position of Vice President at the Commonwealth Bank in Chelsea, MA. Richard worked with other related banking service companies before owning and running JR's Place, a Country & Western lounge, in Beverly, Massachusetts. He had part ownership in other businesses including Reliable Delivery before retiring in 2008. One of Richard's passions was music. He especially loved Frank Sinatra. Richard honored and valued his Italian heritage throughout his life. Richard was an avid sports fan and enjoyed boxing, football and baseball. He was a longtime Red Sox season ticket holder from 1970 to 2018. He enjoyed attending Red Sox games with his son, Michael. Richard was also a frequent visitor to Revere Beach. Richard spoke fondly of his time as a member of the Knights of Columbus and the lifelong bonds that he made. Richard had a larger than life personality and thrived on being the center of attention during his numerous parties with friends and family. When his son married and his two grandchildren, Caroline and Joseph, were born, Richard became Grampi with an i. He finally obtained the biological family he had always craved. Later in his life, he enjoyed his time with his grandkids and was very proud and grateful for his family. His apartment was filled with pictures of them. Thank you to all of the people that helped form Richie’s extended family which included many friends. You made him feel welcome and gave him a family that loved and accepted him. A special thanks to the Campbell and Kirkpatrick clans. Richard is survived by his son, Michael Calla; his daughter-in-law, Sarah Calla; and grandchildren Caroline Calla and Joseph Calla all of Methuen, Massachusetts. Predeceased by his Mother Phyllis Calla (Amaral); Predeceased by former wife Carole Calla (Campbell), Mother of Michael Calla; as well as survived by former wife Patricia Calla (Kelley) of Boston. Mike has chosen to have a graveside service at the Holy Cross Cemetery & Mausoleum; 175 Broadway, Malden, MA 02148 on Saturday, July 17, 2021 at 11:00 AM. We will meet at the entrance on Broadway. In Lieu of flowers, the family requests that donations can be made in the name of Richard E. Calla to the Home for Little Wanderers in Boston, Massachusetts: https://www.thehome.org/donate. The Home for Little Wanderers; 10 Guest Street; Boston, MA 02135

The family of Richard Calla created this Life Tributes page to make it easy to share your memories.