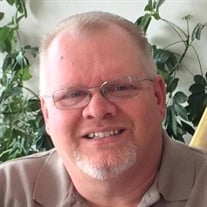 Raymond “Ray” Joseph Quinn, 55, longtime resident of Kingston, NH passed away on February 16, 2021 at Holy Family Hospital surrounded by his family. Born in Methuen on December 27, 1965 to the late Leo and Therese (Gosslin) Quinn, he attended Salem High School, graduating with the Class of 1984. After graduation, Ray answered the call to service and enlisted in the United States Marine Corps. After his honorable and faithful service to his country, he was self-employed for many years as a general contractor for Quinn’s A – Z Property Services. Ray also worked at River Front Marine as a service writer. Ray enjoyed many of life’s simple pleasures; he enjoyed the great outdoors, especially camping, fishing, snow skiing and boating. As someone who knew his way around a kitchen, he immensely enjoyed cooking a meal to share with family and friends. Ray was a very selfless man who would always give to those who less fortunate than himself, especially disabled veterans, as he was one himself. As a great husband, father and friend, he will be missed, loved and cherished by all. Ray is survived by his devoted bride, Deborah M. (Kenney) Quinn of Kingston, NH, with who he celebrated 29 years of marriage. He was the beloved father to his two sons; Connor and Douglas Quinn, also of Kingston. As one of 11 children, Ray is survived by his brother Philip Quinn and his wife Martha of Pensacola, FL, his brother Gerald Quinn and his wife Susan of O’Fallon, MO, his sister Janet Atwell of Pennsylvania, his sister Lorraine Nute and her husband Marshall of Virginia Beach, VA, his sister Alice Finocchiaro and her husband Fred of Milford, NH, his sister Roberta Quinn of Garner, NC, his sister Christine Nilsen and her husband Christian of Raleigh, NC, his sister Leona Ryer of Grantham, NH and his sister Pauline Stepney of Mt Vernon, NH. He is also survived by his sister-in-law Carol Quinn of Litchfield, NH, his mother-in-law Gail Kenney, his sister-in-law Susan St. Pierre her husband Scott and their sons Sean & Michael of Pelham, NH. Ray is also survived by his niece Shawna Monahan and his great-nephew Coby Kehoe, and many nieces and nephews. In addition to his parents, he was also preceded in death by his brother Richard Quinn. To honor Ray’s wishes, A Mass of Christian Burial will be celebrated on Monday, February 22, 2021 11AM at Saint Monica’s Parish, 212 Lawrence Street, Methuen. Friends and family are cordially invited to attend. Military honors will be rendered at the conclusion of the mass. Due to COVID-19 guidelines, face masks will be required at the church. Social distancing must be followed and if you have a health or other underlying concern, please do not attend. Ray’s family will understand and respect your decision. In lieu of flowers, please consider a donation in Ray’s memory to the Disabled American Veterans, VARO-Norris Cotton Fed Bldg, 275 Chestnut St, Rm 515, Manchester, NH 03101. The Kenneth H. Pollard Funeral Home is proud to serve the Quinn Family.

The family of Raymond Joseph Quinn created this Life Tributes page to make it easy to share your memories.