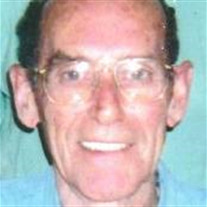 Raymond A. Bernard, 83, of Pelham, NH passed away peacefully on June 25, 2019 at the High Pointe House in Haverhill. Born in Lawrence, MA on September 14, 1935 to the late Albert and Irene (Vashon) Bernard, he graduated from Lawrence High School with the Class of 1953. After graduating from high school, like so many of his generation, Raymond proudly served his country as a United States Marine. A devout lifelong Catholic, he was a communicant at St. Patrick’s Church in Pelham. Known throughout the Merrimack Valley for his profound auto body skills, Raymond worked for National Autobody for 55 years until his retirement. As the patriarch of his family he enjoyed the many simple pleasures of life, sitting in the sun, maintaining his home and had a love for all things automotive. Raymond is survived by his beloved bride, Katherine “Kay” M. (Robinson) Bernard, with who he celebrated over 63 years of marriage together. Raymond was the dear father to his five children; his daughter Denise Peterson of Bradenton, FL, his son Dwayne Bernard of Manchester, NH, his daughter Lynne Patti of Salisbury, MA, his son David Bernard and his wife Leigh of Pelham, NH and his son Matthew Bernard and his wife Beth also of Manchester, NH. He is also the proud grandfather to his 17 grandchildren and 17 great-grandchildren. Raymond is also the brother to his four siblings; his sister Claire Johnson of Ft. Myers, FL, his sister Rita Sitka and her husband Ray of Lawrence, his brother Donald Bernard and his wife Terry of Derry, NH and his sister Rena Sullivan of Plaistow, NH. He is also survived by many nieces and nephews. Visitation for Raymond will be held on Friday, June 28, 2019 from 4 – 8 PM at the Kenneth H. Pollard Funeral Home, 233 Lawrence Street, Methuen, MA. Friends and family are cordially invited to attend. A Mass of Christian Burial will be celebrated on Saturday, June 29, 2019 11 AM at St. Patrick’s Church, 12 Main Street, Pelham, NH. Interment to follow at Saint Mary Immaculate Conception Cemetery, 29 Barker Street, Lawrence. The Bernard family would like to thank the staff at the Merrimack Valley Hospice for their kindness and compassion. In lieu of flowers, please consider making a donation in Raymond’s memory to the Merrimack Valley Hospice, 360 Merrimack Street, Lawrence, MA 01843. The Kenneth H. Pollard Funeral Home is proud to serve the Bernard family.

Raymond A. Bernard, 83, of Pelham, NH passed away peacefully on June 25, 2019 at the High Pointe House in Haverhill. Born in Lawrence, MA on September 14, 1935 to the late Albert and Irene (Vashon) Bernard, he graduated from Lawrence High School... View Obituary & Service Information

The family of Raymond A. Bernard created this Life Tributes page to make it easy to share your memories.

Raymond A. Bernard, 83, of Pelham, NH passed away peacefully...