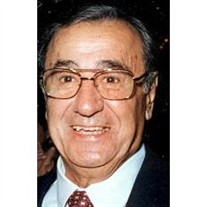 Philip D. Hajjar, World War II veteran and retired Salem, NH policeman dies at 89 Philip D. Hajjar, 89, long time resident of Lawrence, MA and Salem, NH, died of complications of a stoke on Thursday, October 9, 2008 in Nashua, NH. Mr. Hajjar, the son of Hilda and Naiem Hajjar of Oak St. in Lawrence, was born in Lawrence, MA on February 3, 1919. His four other siblings resided in either Lawrence or Methuen, MA or Salem, NH. He graduated from Lawrence High School in 1937, and in 1939 was hired by the aircraft unit at the General Electric Corporation, River works, Lynn, MA. at the out break of World War II, he enlisted in the Army Air Corps, and underwent flight and aircraft mechanic training at the University of Nebraska, Texas A & M University, and the University of Arizona. He served with honor in the 568th Air Service Group in the South Pacific Theater, working both as a crew chief on aircraft bombers and as an aircraft engine mechanic. He received the Good Conduct Medal, the American Theater Campaign Ribbon, the Victory Medal, and the Asiatic Pacific Theater Campaign Ribbon, the Victory Medal, and the Asiatic Pacific Theater Campaign Ribbon for meritorious and distinguished service. In January 1946, he returned to the General Electric Corporation in Lynn, where he worked in general aircraft, the turbine/helicopter engine division, and the aerospace program until he retired to Salem in 1981. For many years Philip was a Salem, New Hampshire Police Officer. Upon his retirement, Mr. Hajjar continued to enjoy golfing, gardening, and watching baseball. He was a devoted family man and enjoyed traveling in New England with his family. Mr. Hajjar is survived by his wife, Rosalind George Hajjar, of Hudson, NH, his son Dr. David and his wife Dr. Katherine Hajjar of NY,NY, his tow daughters, Nadine and her husband Mark Small of Pelham, NH, Patricia and Craig Clark of Hudson, NH, five grandchildren, Kate Hajjar, Ashleigh Small, Amanda Hajjar, Codi and Chase Clark, one sister, Rose and her husband John Budron of Salem, NH, three sisters-in-law, Elvyn Hajjar of Methuen, and Freda Sadak and Mary Howie, both of East Greenwich, RI as well as several nieces and nephews. ARRANGEMENTS: Family and friends may call on Saturday, October 11, 2008 from 9-11 AM with a service to follow at 11:15 at the Kenneth H. Pollard Funeral Home 233 Lawrence St. Methuen. Burial to follow in the United Lebanese Cemetery of Andover, Ma. In lieu of flowers, memorial contributions may be made to St. George?s Orthodox Church, 44 Bowers St. Lowell, MA 01854.

The family of Philip D. Hajjar created this Life Tributes page to make it easy to share your memories.