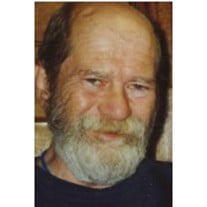 Lawrence ? Paul Gerard Galarneau, 72 of Lawrence and formerly of Methuen, passed away peacefully on Sunday, January 15, 2017 at the German Home in Lawrence. Born in Lawrence on September 26, 1944, Paul was the son of Gerard and Cecile (Fecteau) Galarneau. He was raised and educated in Methuen and graduated from Tenney High School, class of 1963. He worked as an assembler at the Raytheon Company. Paul will be deeply missed by his former wife, Elaine M. (English) Galarneau of Lawrence; 2 daughters, Anne M. Caldwell and her husband, Glen of Vineyard Haven, MA; 2 granddaughters, Samantha and Julia Caldwell; and Sarah E. Kiley and her husband, Todd of Holliston, MA; 2 grandsons, TJ and Brent Kiley; and son, John P. Galarneau and his wife, Tina of Hooksett, NH; 2 grandchildren, Cassandra and Cameron Galarneau; 3 brothers, Richard Galarneau of Lawrence, Mr. and Mrs. William Galarneau of Oakland, CA, and Mr. and Mrs. Roger Galarneau of New Smyrna Beach, FL; his sister, Mrs. Jean Kent and husband Marty of Jamaica Plain, MA; and several nieces, nephews, aunts, uncles, and cousins. Paul had a creative side which came through in hobbies like drawing and music. He especially enjoyed the sounds of the American jazz pioneers, Brubeck and Coltrane; and a record player was always on when his kids were little as they danced with their dad to Elvis and Ray Charles. He was a caring father who loved spending time with his children, and later grandchildren, especially on trips to the beach. Before his mom, Cecile, passed away in 2003, Paul was a devoted son who spent most of his free time with her. Paul was well cared for and admired by the nurses and staff at the German Home where he lived out his last many years. His light-hearted sense of humor and acceptance of all people also made him well-liked by the other residents there. The nurses often remarked how fortunate he was to have Elaine, his best friend, coming to visit, picking him up for holidays, trips to the beach, or just spending time sitting in her yard watching her tend to her garden. Paul would light up when his children and grandchildren were around and delighted in just watching the children play and try to pronounce grandfather in French: ?P�p�re?. In addition to family as his priority, Paul was a devoted Catholic who prayed every day and attended Masses at many local churches. For the last ten years he attended the Sacred Heart Church in Lawrence where he loved hearing the Mass in Latin. Family and friends will honor and celebrate Paul?s life by gathering for calling hours on Saturday, January 21, 2017 from 10:00 AM to 12:00 PM at the Kenneth H. Pollard Funeral Home, 233 Lawrence Street, Methuen. His funeral service will immediately follow at 12:00 PM at the funeral home. Burial will be private and at the convenience of the family. The Kenneth H. Pollard Funeral Home is honored to serve the Galarneau family.

Lawrence ? Paul Gerard Galarneau, 72 of Lawrence and formerly of Methuen, passed away peacefully on Sunday, January 15, 2017 at the German Home in Lawrence. Born in Lawrence on September 26, 1944, Paul was the son of Gerard and Cecile (Fecteau)... View Obituary & Service Information

The family of Paul Gerard Galarneau created this Life Tributes page to make it easy to share your memories.