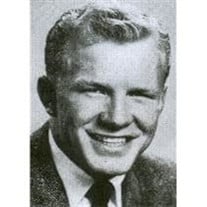 Andover, Ma. ? Patrick F. ?Pat? Burke, Jr. who captained the 1957 Michigan State football team and played in the Rose Bowl died Wednesday February 2, 2011 in Lawrence, Ma. He was 76. Born in Lawrence February 20, 1934, the son of Marguerite ?Peggy? (Ringland) and the late Patrick Burke, Sr. Burke was captain of his Lawrence High School team and was the recipient of the Edward Gregg Medal as a top student-athlete in 1952. He is a member of the Lawrence High School Hall of Fame. Burke spent a post-graduate year at Staunton Military Academy in Virginia and then attended Cornell University, where he played freshman football and won the university?s heavyweight boxing championship. Burke, a tackle, transferred to Michigan State, where he lettered for three years, 1955, 1956 and 1957. In 1956, Burke was the starting on the Michigan State team that defeated UCLA, 17-14 in the Rose Bowl. Burke was selected as a first team All-Big Ten Tackle in 1957 and as team captain was presented the Washington Gridiron Club?s Top Team in the Nation award. In 2007, Michigan State University names the 1957 team the most outstanding Michigan State football team in 50 years. That team outscored opponents, 264-75. In addition to being captain of the football team, Burke was president of his senior class at Michigan State. He also was president of the Excaliber, a senior class men?s honorary society, the SAE fraternity and the Neumann Club. Burke was co-captain, along with future Hall of Famer Alex Karras, of the East team in the annual East-West Shrine Game in San Francisco in 1957 and was drafted by the New York Giants that same year. He played for one season for the Giants, before being placed on injured reserve due to recurring knee injuries dating back to college. Burke attended law school at Wayne State University and owned and operated several restaurants in Detroit, Washington, D.C. and Boston over the years. He was the original owner of Clarke?s in Boston. For many years, Burke lived in Las Vegas and operated an innovative betting service called Vegas One News, which became the forerunner for many betting services that continue today. Burke returned to Massachusetts in 2000 and lived in Lawrence, until moving to the Academy Manor in Andover in 2007. In addition to his mother, Marguerite, Burke is survived by his son, Michael, of New Hampshire, two daughters, Sabrina Burke-Featherstonehaugh and husband Stephen, of New York, and their children, Emily and Alexandra, Stephanie Burke-May and her spouse, Cindy, of Tenn. his brother, Michael and wife Martha of Washington, D.C.; his sister, Jane B. Legendre and husband, Vincent, of Osterville; his uncles, Joseph Ringland, of Lawrence and James Callahan, of North Carolina; his nephew, Tripp Legendre and wife, Laura of New Hampshire; a niece, Leigh Keefe and husband, Patrick and their children, Meagan, Brenna, Patrick and Conan of Andover, plus many Burke and Ringland family cousins. The family wishes to express their appreciation to Pat?s kind and caring friends at the Academy Manor in Andover and the caring staff at Lawrence General Hospital. There will be no calling hours, however relatives and friends are invited to attend a Funeral Mass on Saturday in Saint Patricks Church in South Lawrence at 11 o?clock. Funeral Arrangements are under the direction of the Kenneth H. Pollard Funeral Home 233 Lawrence Street in Methuen, Ma.

The family of Patrick F. "Pat" Burke created this Life Tributes page to make it easy to share your memories.