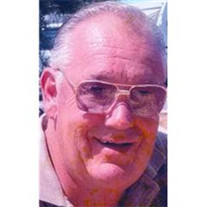 Fort Myers, Florida ? Omer A. Frechette, Jr. 68 died Monday January 2, 2012 at the Gulf Coast Memorial Center. Born in Lawrence, MA, Omer was the son of Lorraine (Boucher) Frechette and the late Omer A. Frechette, Sr. Omer is also survived by his wife Barbara A. (Cote) Frechette and was formerly married to his friend Nancy (Hume) Archer, and has 4 children: Tim and his wife Jane Frechette, Tammy and her husband Tony Alvino, Tracy and her husband David Silva and son Shane Frechette, 1 brother Robert Frechette, 2 sisters Mary Ann Frechette Wright, and Lorraine Frechette, and grandchildren: Erin, Emily, Jacob, Joshua, Andrea, Sheyene, Tory, Kelly, Emily, and Hanna and several nieces and nephews. Omer attended Tenney High School in Methuen, Ma. Mr. Frechette in 1967 became a reserve Firefighter for the Methuen Fire Department, and in 1968 was appointed permanently to the Department where stayed for 27 years before his retirement. While working as a firefighter he was also the owner of Omer?s Auto Body Shop. He served his country in the United States Navy from September 26, 1961 to September 25, 1963 before being honorably discharged. He loved boating, was a former member of Methuen Council #4027 K of C. In recent years, he worked for the Boston Red Sox at their spring training facility in Fort Meyers, FLA. He enjoyed karaoke but most importantly, spending time with his family. Friends will be warmly received on Thursday January 12, 2012 from 4-8 PM at the Kenneth H. Pollard Funeral Home 233 Lawrence Street Methuen, MA.

The family of Omer A. Frechette created this Life Tributes page to make it easy to share your memories.