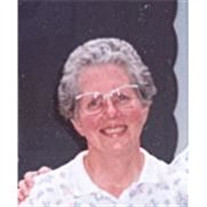 Magnolia, MA - Mary Hovey, age 67 of Magnolia died unexpectedly in Billings Montana on August 5, 2010. She was born on July 24, 1943 in Malden, MA, the daughter of the late Esther Evans Little and Perry E. Little, Sr. Mary grew up in Middleboro, MA and graduated from Middleboro High School Class of 1962. She was employed in the dining hall of Bradford College for many years before becoming a hair stylist for Lena?s which was also located in Bradford, MA. She married Peter Kalitka on March 25, 1973 and settled in Methuen where they raised their family. After Peter?s death in 1982, Mary courageously raised her two children, and married Richard Hovey on May 11, 1991, and they shared a beautiful year and a half together until his sudden death in 1993. Mary had a strong faith in the Lord and formerly attended the Fellowship Bible Church in Methuen and the Union Congregational Church in Magnolia. She was currently a member of the Trinity Bible Church in Beverly, MA, where she enjoyed caring for the small children in the nursery. She was a gentle spirit, loved to travel in the summer with her son and grandchildren. She is survived by her son Andrew Kalitka of Magnolia, her daughter and son-in-law Karen and Michael Holmes of Methuen. She is also survived by her five siblings, sisters Elizabeth Brickett of Hampstead, NH, Evelyn Hudson of Middleboro, MA, Fran and John Russell also of Middleboro, Susan and Francis P. McGivern of Braham, MN and her brother and sister-in-law Perry E., Jr. and Anna Maria Little of Middleboro, MA. Grandchildren Anthony, Joseph, Esther and Amelia Holmes of Methuen, step-grandchildren Hilary, Hannah and Dustin Holmes of Portsmouth, NH. ARRANGEMENTS: Family and friends may call on Monday from 5:00p.m. ?9:00p.m. at the Kenneth H. Pollard Funeral Home, Inc., 233 Lawrence Street Methuen, MA 01844. Funeral services will be held on Tuesday at 10:30a.m. at the funeral home with burial to follow in the Elmwood Cemetery in Methuen, MA 01844. For directions or condolences please visit www.pollardfuneralhome.com

The family of Mary Hovey created this Life Tributes page to make it easy to share your memories.