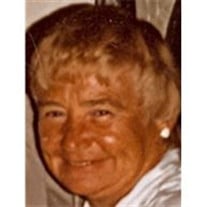 Hampton, NH ? Marjorie A.(Lagasse) Sabbagh, 80, died Sunday June 24, 2007 at the Exeter Hospital in Exeter, NH. Born in Methuen, May 13,1927 the daughter of George and Margaret (Halloran) Lagasse, she was a 1944 graduate of St. Mary?s High School, and MacIntosh Business School. Mrs. Sabbagh was a former clerk for the I.R.S. in Andover as well as a former employee at the Arlington Trust Bank. She attended Saint Monica?s Church in Methuen. According to her husband Tom and his family Marjorie was a member of the Summertree Ladies Golf League in Newport Richey, Florida where they spent their winters, she also enjoyed playing Bridge, and more importantly spending quality time with her family and grandchildren. A former resident of Methuen she is survived by her husband of 56 years, Thomas J. Sabbagh of Hampton, NH, children: Thomas G. of Hampton , John F. & wife Patrice of Hollis, NH, Judith A. & husband Terrence Scannell of Methuen, grandchildren, Jennifer A. Sabbagh of Dedham, M., Alicia R. and Hillary P. Sabbagh both of Hollis, NH, and Terrena A. Scannell of Methuen, and several nieces and nephews. Marjorie was predeceased by her grandson Thomas G. Sabbagh, Jr. A funeral mass will take place on Thursday morning at 9 o?clock in Saint Monica?s Church with burial to follow in the Immaculate Conception Cemetery. Friends may call on Wednesday from 4-8 P.M. at the Kenneth H. Pollard Funeral Home, Inc. 233 Lawrence Street in Methuen. In lieu of flowers memorial contributions may be made to Central Catholic High School 300 Hampshire Street Lawrence, MA 01841 care of the Thomas G. Sabbagh Jr. Scholarship Fund.

The family of Marjorie A. Sabbagh created this Life Tributes page to make it easy to share your memories.