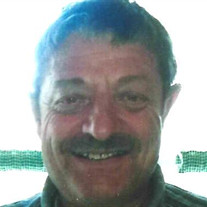 Luigi A. De Simone, 63, of Methuen, formerly of Everett, passed away on December 10, 2017 after suddenly surrounded by his devoted family at Lawrence General Hospital. Luigi was born to his hardworking parents, Antonio L. and Carmelina (Guarino) De Simone, on March 8, 1954 in Mirabella Eclano, Italy. He and his family immigrated to the United States on March 6, 1966, settling in Everett, MA. Luigi married his sweetheart Dawn in a simple ceremony on July 7, 1990 in Lyman, NH. A lifelong devout Catholic, he was a communicant for Our Lady of Good Counsel – St. Theresa’s Parish in Methuen. Luigi was a kind, selfless, and generous person who would gladly help those who were in need and ask for nothing in return. A man who had a sense of self-worth and humor that was larger than life had would with no hesitation give someone the shirt off of their back if they were less fortunate. Luigi, first and foremost, was a devoted family man had a love and affinity for many different passions in his life. He was a devoted outdoorsman who loved to fish and hunt. A man who always stayed busy, Luigi had an immaculate garden and enjoyed making homemade wine. As some would even say, he was an “animal whisperer” and loved all animals. Luigi was a member of the Elks Lodge # 65 in Lawrence and retired from over 20 years of service with UPS in 2009. He touched many lives in many different circles and will fondly be remembered, loved, cherished, and missed. Luigi is survived by his beloved wife, Dawn S. (Wagner) De Simone, with whom he celebrated 27 years of marriage together. He was the cherished father to his two children; his daughter, Amy M. De Simone and his son, Antonio L. De Simone, both of Methuen. Luigi is also survived by his two siblings; his brother, Alfonso De Simone and his wife Maria and his sister, Maria Cutone and her husband Alberto, both of Wilmington, MA. He is also survived by several nieces and nephews. Luigi was preceded in death by his parents. Visitation for Luigi will be held on Thursday, December 14, 2017 from 4 – 8 PM at the Kenneth H. Pollard Funeral Home, 233 Lawrence Street, Methuen. Friends and family are cordially invited to attend. A Mass of Christian Burial will be celebrated on Friday, December 15, 2017 at 11 AM at Our Lady of Good Counsel – St. Theresa’s Parish, 22 Plymouth Street, Methuen, MA. Entombment to follow at Holy Cross Cemetery and Mausoleum in Malden, MA. A mercy meal will be held in Luigi's honor at the Lawrence Elks Club. The Kenneth H. Pollard Funeral Home is proud to serve the De Simone family.

Luigi A. De Simone, 63, of Methuen, formerly of Everett, passed away on December 10, 2017 after suddenly surrounded by his devoted family at Lawrence General Hospital. Luigi was born to his hardworking parents, Antonio L. and Carmelina (Guarino)... View Obituary & Service Information

The family of Luigi A. De Simone created this Life Tributes page to make it easy to share your memories.