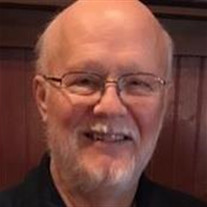 Leo Edward Croteau, 72, of Methuen, passed away on March 28, 2019 at home surrounded by his devoted family. He was born on October 2, 1946 to the late Emile and Lea (Gaudreau) Croteau in Lawrence, MA. Leo attended Tenney High School graduating with the “Class of 67". Leo worked as a Security Guard for Charles River Labs until his retirement, prior to working there, he was employed with Raytheon for nearly three decades. A devout Catholic, he was a communicant at St. Monica’s Church. On November 7, 1971 he married Therese Arsenault at the St. Anne's Church in Lawrence. Leo was a proud Vietnam veteran having served in the United States Air Force. Leo was known for being a selfless, devoted family man, who cherished spending time with his grandchildren. He loved to grill outdoors and fishing. Leo touched many lives in many different circles and will fondly be loved, cherished and missed by all. Leo is survived by his loving wife, Therese E. Croteau, of Methuen, with whom he shared 47 years of marriage. He is also survived by his two beloved daughters; Michele Manchester and her husband Sean of Methuen, and Carrie Pizette and her husband Larry of Westford, MA. Leo is also survived by his grandchildren, Sydney Manchester, Sam Pizette, Sarah Pizette and Kelsey Manchester. He is also survived by his brother, Louis Croteau of Haverhill, MA, and his sisters, Stella Beaudoin and her husband Richard Sr. and Rita Ahern both of Hampstead, NH. He was preceded in death by his siblings; Henry Croteau, Arthur Croteau, and Louise Croteau. Visitation for Leo will be held on Monday, April 1, 2019 from 4 – 8 PM at Kenneth H. Pollard Funeral Home, 233 Lawrence Street, Methuen, MA. Friends and family are cordially invited to attend. A Mass of Christian Burial will be celebrated on Tuesday, April 2, 2019 at 9AM at St. Monica's Church, 212 Lawrence Street, Methuen. To honor Leo’s wishes interment will be private. Memorials are suggested to the Office of Development Beth Israel Deaconess Medical Center, Oncology Department, 330 Brookline Avenue (OV) Boston, MA 02215. Online condolences can be given at http://www.pollardfuneralhome.com. The Kenneth H. Pollard Funeral Home is proud to serve the Croteau family.

Leo Edward Croteau, 72, of Methuen, passed away on March 28, 2019 at home surrounded by his devoted family. He was born on October 2, 1946 to the late Emile and Lea (Gaudreau) Croteau in Lawrence, MA. Leo attended Tenney High School graduating... View Obituary & Service Information

The family of Leo Edward Croteau created this Life Tributes page to make it easy to share your memories.