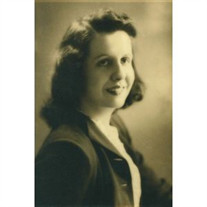 KATHERINE AGNES (WHITE) HART Kay Hart joined her beloved Jack in Paradise on April 11, 2017. She died from complications after a long battle with dementia. Katherine Agnes White was born January 24, 1924, in Plymouth, MA to Francis Wilford White and Katherine Agnes (Hickey) White. Katherine spent her early years in Cleveland, OH, Montpelier, VT, and Milford, MA. An accomplished pianist, she was accepted to the Julliard School of Music in New York without an audition. Katherine was also accepted to Pembroke College (the women?s college now affiliated with Brown University), which she attended and graduated from in 1945. She then took a job teaching in Henniker, NH and coached the girls? basketball team to a state championship. Living with her parents in Andover, Kay met the love of her life, John J. Hart, III, who operated a funeral home in Lawrence. They were married in a huge celebration attended by dignitaries in 1952, because Kay?s father was at the time the President of the American Woolen Company and nationally known. Their wedding was announced in the New York Times. Kay and Jack shared a deep and loving partnership and together were raising eight children when Jack suddenly died on November 29, 1974, at the age of 50. Kay returned to school at the New England Institute and received her license to operate the Hart Funeral Home, which she successfully ran for twenty-five years with loyal support from her husband?s former associate, Alan McLennan. A devoted parishioner of St. Patrick?s Church in Lawrence, Kay served on the Finance Committee and was a lector for many years. She taught CCD and was a member of Our Lady?s Sodality. Kay also participated in many civic organizations and received an award in 2011 from the Merrimack Valley College Club honoring her sixty years of active membership. Kay will be greatly missed by her family. She was predeceased by her daughter Susan and her grandson Nicholas. She is survived by her beloved daughters, Katherine and her husband Brian Duffey of Scituate, Joan and her husband Phillip Raza of North Andover, Ellen and her husband Robert Morris of West Roxbury, Patricia and her husband Alfred Hambelton of Littleton, and her beloved sons, John, IV, of San Francisco, CA, Thomas and his wife Shelly (Logan) Hart of Salem, Mark and his wife Michelle Kaminsky of Brooklyn, NY, her beloved grandchildren, Anne, Katherine and Tracey Duffey, Phillip, Matthew and Rebecca Raza, Robert, Owen and Clare Morris, John and Grace Hambelton, George and Jessica Hart and Willa Hart. Her siblings, John White and his wife Suzanne and Ann White Capoccia, as well as many nieces and nephews, who loved her so much, also survive Kay. She was also predeceased by her brother Col. Francis W. White and her sister Mary, and by her in-laws Audrey Hart, Paul Hart and Most Reverend Daniel A. Hart. Relatives and friends may call at the Kenneth H. Pollard Funeral Home, 233 Lawrence St. Methuen on Monday, April 17, from 5-9 PM. A Mass of Christian Burial will be held on Tuesday, April 18, at 11:00 AM at St. Patrick?s Church, Lawrence. Burial will immediately follow at the Holy Sepluchre Cemetery. For directions and online guestbook, please visit the funeral home website, www.pollardfuneralhome.com. The Kenneth H. Pollard Funeral Home is honored to serve the Hart Family.

The family of Katherine A. (White) Hart created this Life Tributes page to make it easy to share your memories.