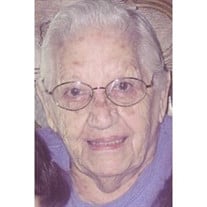 Josephine ?Josie? C. (Martini) Sylvia, 92 of Methuen, passed away Tuesday, March 21, 2017 at the Lawrence General Hospital, surrounded by her loving family. She was the beloved wife of the late Anthony ?Tinny? M. Sylvia. Josie was born in Barrington, Rhode Island, daughter of the late Vincenzo and Maria (DeAngelis) Martini. She was raised and educated in Barrington, RI. She worked as a sales representative at Almys Department Store in Methuen for over 15 years until her retirement. Josie loved cooking holiday and family meals, playing cards, and watching her cooking shows. She also enjoyed taking trips to Hampton Beach and eating at Markey?s Lobster Pound while she was there. She was also a dedicated Boston Red Sox and New England Patriots fan. Most of all, she loved being with her family who meant the world to her. Josie is survived by her two daughters, Joanne Sylvia of Methuen and Maryanne Gagne of Haverhill; three grandchildren, Michelle Morales and her husband Herman of Haverhill, Michael Gagne and his fianc�, Laurie Lombardi of Atkinson, NH, Matthew Gagne and his wife Melissa of Haverhill; eight great-grandchildren, Maria and her fianc�, Kevin, Taylor, Emily, Natalie, Nathan, Sophie, Sabrina, and Holly; a great-great granddaughter, Avery; two sisters, Philly Larisa and Connie Martini; a sister-in-law, Elizabeth Martini; several nieces and nephews; and her former son-in-law, Norman Gagne and his partner, Pat Paar. She is predeceased by five siblings, Anna, Theresa, John, Del, and Sorzio. Family and friends will honor and celebrate Josie's life by gathering for calling hours on Saturday, March 25, 2017 from 9:30 - 11 AM at the Kenneth H. Pollard Funeral Home, 233 Lawrence Street, Methuen. Her funeral service will be held on Saturday at 11 AM at the funeral home. Burial will follow at Elmwood Cemetery in Methuen. In lieu of flowers, donations in Josie's honor may be made to the Nevins Nursing and Rehabilitation Centre, 10 Ingalls Ct. Methuen MA 01844. Online condolences may be made at www.pollardfuneralhome.com. The Pollard Funeral Home is honored to be handling the arrangements for Mrs. Sylvia.

Josephine ?Josie? C. (Martini) Sylvia, 92 of Methuen, passed away Tuesday, March 21, 2017 at the Lawrence General Hospital, surrounded by her loving family. She was the beloved wife of the late Anthony ?Tinny? M. Sylvia. Josie was born in... View Obituary & Service Information

The family of Josephine ?Josie? C. (Martini) Sylvia created this Life Tributes page to make it easy to share your memories.