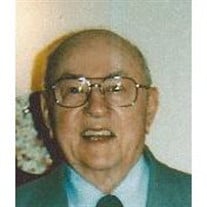 ATKINSON, NH ? Joseph P. Konar 89 of Atkinson, NH, died unexpectedly on Thursday August 6, 2009 at Caritas Holy Family Hospital in Methuen, MA. Born and educated in Lowell, MA, where he attended Holy Trinity Grammar School, he was the son of Peter Miazga and Katherine Konarski. He later continued his education attending the University of Chicago. During World War II he served in the U.S. Army and was honorably discharged. For more than 40 years he was employed as an engineer with the General Electric Company. Prior to its closing he was a former attendant of Holy Trinity Church in Lawrence. He enjoyed Stamp collecting, and was a member of stamp clubs in Amesbury and Andover. He also enjoyed doing crossword puzzles especially the Sunday New York Times, was an avid reader, golfer and N.E. Patriots fan. Joseph also enjoyed World War II aircraft, jazz music, homemade movies, growing flowers, was fond of things that glittered and spent time at the Salem Athletic Club. The widower of Lydia M. (Sierpina) Konar he is survived by his two daughters, Christine M. Gurian of Haverhill, MA and Valerie J. Konar and her husband Laurence Spadoro of Marlborough, MA. Three grandchildren, Daniel Gurian and his wife Karen of Boston, MA, Catherine Harkin and her husband Jeremy of Holliston, MA and Elizabeth Gurian of Cambridge, England, UK. ARRANGEMENTS: Memorials can be made to the Kimball Public Library 3 Academy Ave. Atkinson, NH 03811. Family and friends may call on Tuesday from 4:00p.m. ? 7:00p.m. Funeral Mass will be celebrated on Wednesday at 9:00a.m. at St. Monica?s Church in Methuen, MA. Burial will follow in the Elmwood Cemetery also in Methuen, MA.

The family of Joseph P. Konar created this Life Tributes page to make it easy to share your memories.