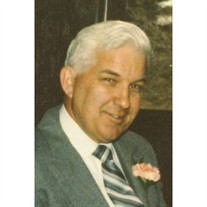 Salem, NH ? Joseph A. Klufts, 84 of Salem, NH, passed away December 14, 2016 at the Nevins Nursing and Rehabilitation Centre in Methuen, with his wife and family at his side, after a lengthy illness. Born in Lawrence in 1932, he was the son of Adolph and Louise (Medauer) Klufts. He graduated from Central Catholic High School and Merrimack College. He proudly served his country in the U.S. Army during the Korean War. Joseph was employed at different markets and then at CVS Pharmacy. He also worked as a mail carrier for the U.S. Post Office for over 15 years until his retirement. He was also a member of the American Legion Post 63 in Salem, NH. Joseph will be deeply missed by his wife of 56 years, Olga M. (Dozibrin) Klufts; his daughters, Kathleen Thomas and Lisa April and her husband, David; his sons, James and Thomas Klufts; his brother, Edward Klufts and his wife, Gertrude of Manchester, NH; his sister, Mary Klufts of Lawrence; his many grandchildren and great grandchildren; and his nephew and nieces. He is predeceased by his 3 brothers, Robert, Louis, and Bernard Klufts and a niece. Family and friends will honor and celebrate Joseph?s life by gathering for calling hours at the Kenneth H. Pollard Funeral Home, 233 Lawrence Street in Methuen on Sunday, December 18, 2016 from 2-5 PM. His Mass of Christian Burial will take place on Monday at 9 AM at St. Monica?s Church in Methuen. Burial will follow in Pine Grove Cemetery in Salem, NH. For directions or to send a condolence to Joseph?s family, please visit www.pollardfuneralhome.com. The Kenneth H. Pollard Funeral Home is honored to serve the Klufts family. The family would like to express their thanks and gratitude to the staff and caregivers of the Nevins Nursing and Rehabilitation Centre, Station B for the exceptional and compassionate care Joseph received as well as Amy and Sheila from Merrimack Valley Hospice for their compassionate care.

Salem, NH ? Joseph A. Klufts, 84 of Salem, NH, passed away December 14, 2016 at the Nevins Nursing and Rehabilitation Centre in Methuen, with his wife and family at his side, after a lengthy illness. Born in Lawrence in 1932, he was the... View Obituary & Service Information

The family of Joseph A. Klufts created this Life Tributes page to make it easy to share your memories.