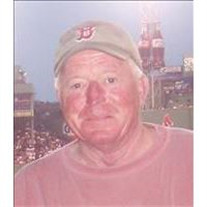 John Patrick Burke, beloved husband, father, and brother, passed away peacefully at Anna Jaques Hospital on Sunday, November 29. He will be remembered by all who knew him for his humble nature and unfailing kindness. John was born in 1951 to Helen and Walter Burke, the second of three sons. Shortly after his birth, his parents moved from Methuen, MA, to North Andover, MA, where John was raised. If you were ever fortunate enough to be in the room while John and his brothers reminisced about growing up, you can attest to countless happy memories from this time, no small amount of which included beloved pet dogs Rocky and Stoney, as well as Canadian goose Honk. John?s parents, predeceased, were kind-hearted people who embodied the values of the Greatest Generation and served as role models to him; their warmth of spirit was carried on throughout his own life. John attended Saint Michael?s grammar school, attended Austin Preparatory, and graduated from North Andover High School in 1969. Before graduating Merrimack College with a degree in Philosophy, he spent four years in the Navy working as a Hebrew linguist stationed in Cyprus. While in the hospital with a broken leg, John asked the attending nurse, Deborah Upton of Chelmsford, MA, on a date. The two quickly fell in love and were married in 1980. John and Debbie started their family in Methuen, MA, before moving to Chester, NH, in 1987. John was a devoted father, and his children were a great source of pride throughout his life. John worked for many years and made many good friends first at Indian Ridge Country Club, and later for the Town of Andover Public Works Department. He enjoyed spending his free time during this period making trips to Plum Island with friends and family, where he could cast a line off the shore, hoping to reel in some stripers. (While he was always sympathetic to environmental concerns, one of the few creatures to ever rile his animosity was the endangered piping plover, as its nests resulted in large sections of the beach being closed off to fishermen.) After his retirement in 2013, John took great enjoyment in many of life?s small pleasures, whether tending to his garden, reading a book, or visiting his grandchildren. He could often be seen sitting outside at his picnic table with his dogs Roxy and Rex, listening to the Red Sox broadcast. John leaves his loving wife Debbie; his children Sean Burke and wife Nichole of South Berwick, ME and their adorable children Nora and Finn; Bridget Burke of Fremont, NH, and Kerri Burke and Sean Mitcheson of Chester, NH. John also leaves his brother Thomas and wife Brenda of Salem, NH; brother Michael and Marianne of Harrisburg, PA; parents-in-law Donald and Dorothy Upton of Chelmsford, MA; as well as many beloved in-laws, nephews, nieces, and grand- nieces and nephews. The family would like to thank the staff at Anna Jaques Hospital for their care during John?s stay. Family and friends will honor and celebrate John?s life by gathering for calling hours at the Kenneth H. Pollard Funeral Home, 233 Lawrence Street, Methuen on Saturday, December 5, 2015 from 9-11 AM. His funeral service will take place on Saturday at 11 AM at the funeral home. Burial will be private and at the convenience of the family. In lieu of flowers, the family has requested memorial contributions be made to the March of Dimes, 112 Turnpike Road, Suite 300, Westborough, MA 01581. For directions or to send an online condolence to the Burke family, please visit www.pollardfuneralhome.com.

John Patrick Burke, beloved husband, father, and brother, passed away peacefully at Anna Jaques Hospital on Sunday, November 29. He will be remembered by all who knew him for his humble nature and unfailing kindness. John was born in 1951... View Obituary & Service Information

The family of John Patrick Burke created this Life Tributes page to make it easy to share your memories.