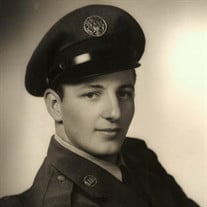 John “Jack” T. Hallsworth, 88, lifelong resident of the Merrimack Valley, recently of Hampton Beach, NH and Port St. Lucie, FL died peacefully after a period of declining health on December 15, 2019. Born on August 26, 1931 to the late Fred and Mary (Coppeuger) Hallsworth, he was raised and educated in North Andover. Additionally, Jack attended Wentworth Institute and MIT for professional development in his career path. After graduation from high school, he enlisted in the Yankee Division of the MA National Guard. At the onset of the Korean War, Jack transferred his service to the US Air Force, where he served honorably and was highly decorated. While in the Air Force he began his lifelong passion for aviation. At the age of 21, Jack was chosen to serve in the honor guard under the command of General Mark Clark for the United Nations Military Headquarters in Persian Heights, Tokyo, Japan until his discharge on December 15, 1954. Upon returning to North Andover at the completion of the war, Jack was employed by the North Andover Water Department and in 1959 he began his fulfilling career at Raytheon which lasted 33 years until his retirement. In the summer of 1958, Jack met who he described as his soulmate and the girl he was going to marry Sylvia Messineo. On October 3, 1959 they were married at St. Patrick’s Church in Lawrence. They lived in North Andover for two years before finally settling in Methuen. Jack leaves his loving and supportive wife of sixty years. Her devotion and care saw no bounds in keeping him at home, and as active and involved as possible in family activities when illness restricted his mobility. Jack and Sylvia experienced 60 adventurous years together enjoying a life of family, friends and travel. They visited several countries in Europe; Italy three times, Scotland and England. They also travelled to several Caribbean Islands, Aruba & Hawaii. In later years they purchased a second home in Florida, where they wintered for the past 15 years. Jack was an accomplished pilot, who often flew family and friends in his personal aircraft. He was a member of AOPA for many years and successfully obtained several aviation proficiency awards. Besides his love of flying, Jack enjoyed reading and watching the New England Patriots with his beloved bride. As a matter of fact, he and Sylvia watched Sunday's game. Jack was a quiet giant with a dry, quick wit and sharp sense of humor. He was beloved by his family, friends, nieces and nephews, especially his cousins Pete, David, Michael and his godson Chris. He will greatly be missed. Jack is also survived by his brother David Hallsworth and his wife Cathy of Hollis, NH, his dearest mother-in-law Ida Mae Messineo, his sister-in-law Claire (Bill) Robichaud, brothers-in-law Randy (Donna) and Gus (Joyce) Messineo and Charles Matatall. In addition to his parents, he was preceded in death by his siblings; Robert, James, Fred, Maryann Guiluette and Martha Matatall. Jack was a communicant for Saint Monica’s Parish in Methuen, Holy Family Church in FL and during summer months the Singing Church in Hampton, NH. A heartfelt thank you has been extended to David from VNA, his physical therapists Mallory & Barbara, his occupational therapist Jessica and his home health aide Emily.

The family of John Thomas Hallsworth created this Life Tributes page to make it easy to share your memories.