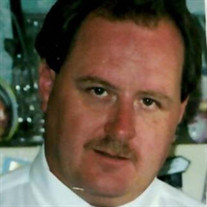 Jeffrey J. Clark, 61, former resident of Florida and longtime resident of the Merrimack Valley, passed away peacefully on December 2, 2020 at the High Pointe House in Haverhill. Jeff was born in St. John, New Brunswick, Canada on March 16, 1959. He attended Peabody High School, graduating with the Class of 1976 and later attended Salem State University. Jeff, who was deeply loved by his family, loved golfing, boating in his earlier years and had an amazing sense of humor. He worked for many years as a general contractor. Jeff touched many lives and will fondly cherished and missed by all. Jeff is survived by his beloved mother, Joanne S. (McGowan) Hartt and her husband Andrew of Tewksbury. He is also survived by his dear siblings; his sister Cheryl Giordano of Danville, NH and his brother Patrick Clark and his wife Mary of Methuen. Jeff was the proud uncle to Michael T. Giordano Jr, Lyndsey J. Giordano, John D. Clark and Alexa L. Clark. He was preceded in death by his father John C. Clark of New Smyrna Beach, FL and his brother-in-law Michael T. Giordano Sr, of Danville, NH. To honor Jeff’s wishes, all services will be private. In lieu of flowers, please consider a donation in Jeff’s memory to either the High Pointe House C/O Home Health Foundation, 360 Merrimack Street, Bldg. 9 Lawrence, MA 01843 or to the Royal Wood Mill Nursing and Rehabilitation Center, 800 Essex St, Lawrence, MA 01841. The Kenneth H. Pollard Funeral Home is proud to serve the Clark family.

The family of Jeffrey J. Clark created this Life Tributes page to make it easy to share your memories.