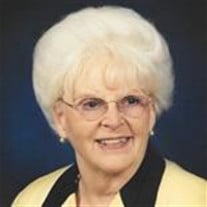 Jean L. Matthes, 85, of Methuen, MA lost her battle with ovarian cancer on Tuesday, Dec. 26th. Jean was born in Lawrence, MA to Dr. Charles Bushold and Louise E. (Smith) Bushold, RN. Before graduating from Lawrence High School in 1950, Jean attended Plainfield Grammar School in Plainfield, NH. While raising a family of 3 girls, Jean went on to graduate from UMass Lowell (formerly Lowell Teacher’s College) and subsequently earned her master’s degree at Salem State University. In 1988, Jean began teaching English at Methuen High School which she thoroughly enjoyed until her retirement in 2007. For many years after retirement, Jean was honored annually by the Commonwealth of Massachusetts for recognition of her tutoring work with the Literacy Volunteers of Methuen through the Nevins Memorial Library. Jean’s enjoyment for working with youth began in her teens with a position as a counselor at a girls’ camp in the Lakes Region of NH. As her children were growing, Jean was active with the YWCA, especially supporting Camp Y-Wood in Salem, NH. Jean was a former member of the Christ Presbyterian Church in Lawrence, MA. While there, Jean belonged to the Westminster Fellowship group, was a Girl Scout leader with Troop 69, taught Sunday school and was inducted as an elder. Jean went on to become an administrator with the Summer Recreation and Enrichment program and was deeply involved with the youth group at the United Presbyterian Church (formerly Christ Presbyterian Church). Holiday weekends at Camp Wilmot in Wilmot, NH were highlights for many years. Among Jean’s favorite personal achievements was becoming Director of Girl Scout Camp Runels on Little Island Pond in Pelham, NH for a number of summers. As a true outdoorswoman, activities such as hiking, swimming, canoeing and camping were her passion. She considered Dolly Copp Campground, in the White Mountains, as one of her favorite destinations every summer. Here she could immerse herself in the natural world of the National Forest where she felt most comfortable. Her summer residence at Teddy Bear Hollow on Province Lake also gave her the serenity and peacefulness that the Lakes Region of NH offers. Jean held a strong interest in the acceptance of the LGBTQ community and worked with several groups devoted to that endeavor. She helped to increase awareness and support of the GSA at Methuen High School and PFLAG in communities within the Merrimack Valley. Many young people (as well as adults) were guided, mentored and supported by Jean – and they all held a very special place in her heart. In addition to her parents, aunts, uncles and cousins, Jean was predeceased by her former husband, Herbert F. Matthes, and her dear sister and brother-in-law, Joan and Richard Wilson. Jean is survived by her daughters Gayle Burke, Leslie Kurkjian (and Stephen Nichols), Carol Evans and son-in-law, David Evans. Jean also leaves her grandchildren, Samantha, Charles, Melissa and Garry Kurkjian, Ryan (and Danielle) and Kyle (and Desiree) Press, Sarah and Joseph Burke, Jr., and Becky & Richard Evans along with her great grandchildren, Evaleigh & Jameson Press and Jaykob and Leena Gonzalez, children of Melissa Kurkjian and Rodlanier Gonzalezand, sister-in-law, Dorothy Goller. She will also be greatly missed by her cousins, nieces and nephew, along with their families, her dearest friends, her extended family in the UK and the many, many hearts she touched throughout her lifetime. The family would like to thank the staff of Dana-Farber Community Cancer Care Center in Methuen, the staff of Penacook Place Nursing and Rehabilitation Center in Haverhill, as well as many friends for the support, care, and comfort Jean received during her illness. At Jean’s request, there will be no calling hours or services. A Celebration of Jean’s Life will be held on Saturday, May 12, 2018, at the Methuen Memorial Music Hall, 192 Broadway, Methuen, MA, at 1:00 p.m., featuring organist and special friend, Andrew Scanlon. In lieu of flowers, donations to the “Jean L. Matthes Scholarship”, P.O. Box 45, Boxford, MA 01921 would be very much appreciated. Arrangements are being made through the Pollard Funeral Home, Methuen, MA. For more information, Jean’s family encourages friends and family to visit their website at www.pollardfuneralhome.com.

The family of Jean Lois (Bushold) Matthes created this Life Tributes page to make it easy to share your memories.