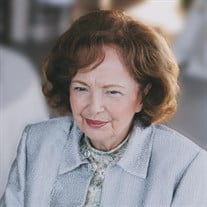 Jean Naman was born on April 13, 1928 and died on June 15, 2020 in Palm City Florida, at the age of 92. Born in Boston, Jean was the daughter of George and Settalkel Maloof, and the youngest of her three sisters and one brother. A graduate of Roslindale High School, she earned a Bachelor of Arts degree from Colby College, class of 1949. A devoted alumna of Colby, Jean maintained lifelong friendships with a number of her classmates. In 1951, she married Alfred “Al” Naman, and they resided in Andover, MA on Marwood Drive. Jean and Al were members of St. George Orthodox Church in Lawrence, MA. Jean was president of the Colby College Alumni Club of Merrimack Valley and was also active in other civic and local organizations, including the Shawsheen Village Women’s Club and the College Club of Greater Lawrence. During their time in Andover, they enjoyed playing golf, meeting with friends and dancing together at Indian Ridge Country Club. With a passion for travel and foreign culture, Jean’s entrepreneurial spirit led her to open up the Andover office of Colpitts Travel Center in the mid 1960’s, along with a close friend. Jean and Al enjoyed many years of travel together to various continents. Jean was also an expert cook and was known for her specialties such as beef stroganoff, baba ganoush, gazpacho soup and baked stuffed shrimp. She was a gracious hostess of numerous family gatherings and parties with friends. In 1973, they moved to the warmer desert climate of Carefree, Arizona while maintaining their summer home in Rye Beach, NH. After residing for several years in Arizona, they decided to permanently put down roots in South Florida. Though their primary and final residence was located at Martin Downs Country Club in Palm City, they returned north each summer to New Hampshire. While in Florida, Jean was active in the American Association of University Women, the League of Women Voters, and Martin Downs Country Club. An avid bridge player throughout her life, Jean combined skill with an often lucky draw of the cards. She had a keen eye for detail and a passion for real estate. She loved the theater and made an effort to attend many performances each season. Jean enjoyed an exceptionally warm and loving marriage and was inseparable from Al for 55 years, until his passing in 2006. Jean is survived by her daughter, Deborah J. Meyer and husband, Paul Meyer of Chappaqua, NY and Rye, NH, son, Alfred D. Naman and wife, Clara of New York City, five grandchildren, Laura, Stephen, Catherine, Matthew and Angelica, and five great grandchildren, Cole, Molly, Tessa, Rosie and Jordan. Jean’s passion for life and friendship will be greatly missed. She will be buried at Rye Central Cemetery with a memorial service to be announced at a later date. Donations may be made to St. Jude Children’s Research Hospital, at www.stjude.org The Kenneth H. Pollard Funeral Home is proud to serve the Naman Family.

Jean Naman was born on April 13, 1928 and died on June 15, 2020 in Palm City Florida, at the age of 92. Born in Boston, Jean was the daughter of George and Settalkel Maloof, and the youngest of her three sisters and one brother. A graduate... View Obituary & Service Information

The family of Jean (Maloof) Naman created this Life Tributes page to make it easy to share your memories.