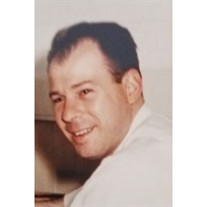 James Calandriello, 86, of Atkinson, NH was called home to our Lord, surrounded by his devoted family, at the Exeter Hospital on June 1st, 2017. A simple paragraph cannot sum up the life of a man. The hallmarks of a man are defined by his character and integrity. James Calandriello, a man who was the definition of character and integrity was born to his hardworking parents, Pasquale and Catherine Calandriello on March 7th, 1931 in Lawrence, MA. After graduating from Lawrence High School with the Class of 1948, James felt the strong devotion and call to duty and enlisted in the United States Coast Guard. After being honorably discharged from the service, he understood the need and value of obtaining a secondary education. He enrolled in classes to begin a lifelong career as a design engineer, thus eventually earning his Bachelors Degree in engineering. James began his career working for the firm of Bolton Emerson and then worked at Lawrence Pump & Engine until his retirement. In a simple ceremony in the fall of 1956, James married his first love, his sweetheart, Dorothy Smaha and celebrated 32 beautiful years of marriage until her passing 1988. Later in life, Cupid struck his heart again and he married Ruth Stodolnic and they celebrated 14 years of marriage until her passing in 2006. James was a man who enjoyed simple pleasures of life, he enjoyed the occasional cigar and playing a round on the links. He was a man that found solace with home improvement projects but mostly his solace came from being a devoted husband, father and grandfather. As a man who made his mark in this world, James touched many lives in many different circles and he will truly be missed. James is survived by his two devoted and cherished children; his daughter, Cathy Calandriello of Durham, NH and his son, James Calandriello and his wife Deborah of Atkinson, NH. He was the proud grandfather to his two grandchildren; Matthew and Sophia Calandriello, his grandchildren are also survived by their mother, Eileen Sheldon Calandriello. James is also survived by many loving nieces and nephews. In addition to his parents, he was preceded in death by his first wife Dorothy (Smaha) Calandriello and his second wife Ruth (Stodolnic) Calandriello. James was also predeceased by his five sisters. Visitation for James will be held Friday, June 9th, 2017 from 4:00 - 6:00 PM at the Kenneth H. Pollard Funeral Home, 233 Lawrence Street, Methuen, MA. Friends and family are cordially invited to attend. At the conclusion of calling hours a funeral service will be held to celebrate the life of James. To request James? wishes, interment will be private. In lieu of flowers, please make a contribution in James? memory to the American Cancer Society, 2 Commerce Dr #110, Bedford, NH 03110. To leave an online condolence or for directions please visit www.pollardfuneralhome.com. The Kenneth H. Pollard Funeral Home is proud to serve the Calandriello family.

James Calandriello, 86, of Atkinson, NH was called home to our Lord, surrounded by his devoted family, at the Exeter Hospital on June 1st, 2017. A simple paragraph cannot sum up the life of a man. The hallmarks of a man are defined by his... View Obituary & Service Information

The family of James Calandriello created this Life Tributes page to make it easy to share your memories.

James Calandriello, 86, of Atkinson, NH was called home to our...