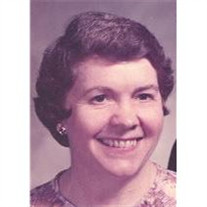 Methuen, MA ? Jacqueline (Pelletier) Martineau, 73, of Methuen, died May 3, 2007 at the Caritas Holy Family Hospital with her family by her side. Mrs. Martineau was born in Lawrence the daughter of the late Andrew & Yvonne (Chretien) Pelletier. She attended St. Ann High School Lawrence, MA and graduated valedictorian in 1952. She also received her nursing cap from St. Joseph?s Hospital in Lowell and was employed at Blue Bonnett Shoe as a bookkeeper and also worked at ITT for a short time. Jackie spent most of her married life caring for her family and home. She also took on the role of secretary for her husband, John Martineau, who owned and operated Martineau Oil Co. Jackie enjoyed spending time with her family, dancing with her husband, and playing cards with friends and family. She also loved to cook, making all kinds of wonderful pies of which her family gladly indulged. Jackie had a strong faith and was a devout parishioner of St. Anne?s in Lawrence until it closed, then Our Lady of Mount Carmel in Methuen, and then Sacred Heart Church in So. Lawrence prior to their closing. Mrs. Martineau is survived by her husband of 52 years, John Martineau of Methuen, and five children; son Daniel and his wife Kathy (Higby) of Methuen, son David and his wife Anne (Potvin) of Methuen, son Alan and his wife Donna (Madden) of Salem, NH, daughter Phyllis (Martineau) Beaudoin and her husband Paul of Derry, NH, and son Steven of Manchester, NH. She is survived by her six grandchildren; Elizabeth and Brian Beaudoin of Derry, Trisha and Amanda Martineau of Salem, NH, and Daniel and Kaitlyn Martineau of Methuen. She is also survived by brother?s and sister-in-law?s Richard Pelletier and his wife Susan (Wilkinson) of Andover, and Ronald Pelletier and his wife Lucie (Hudson) of Port St. Lucie, FL, a sister Yvette (Pelletier) Vermette of Hampton, NH and many nieces and nephews. She was predeceased by her sister Anita and her husband William Fluet. A Funeral mass will take place on Monday morning at 9 o?clock in St Francis Church in Dracut with interment to follow in Elmwood Cemetery of Methuen. Friends may call on Sunday from 2-4 & 6-8 P.M. at the Kenneth H. Pollard Funeral Home, Inc. 233 Lawrence Street Methuen. Memorial contributions may be made to Merrimack Valley Hospice 360 Merrimack Street BLDG 9 Lawrence, MA 01843.

Methuen, MA ? Jacqueline (Pelletier) Martineau, 73, of Methuen, died May 3, 2007 at the Caritas Holy Family Hospital with her family by her side. Mrs. Martineau was born in Lawrence the daughter of the late Andrew & Yvonne (Chretien) Pelletier.... View Obituary & Service Information

The family of Jacqueline R. Martineau created this Life Tributes page to make it easy to share your memories.