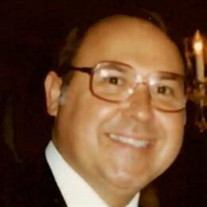 Methuen- Herbert “Herb” Stephen Wallace, 81, of Methuen, passed away on July 6, 2020 at Wingate of Haverhill surrounded by his loving family. He was born on July 11, 1938 in Brockton to the late Stephen and Emily (Galinis) Wallace. Herb attended Brockton High School and at the age of 17 enlisted with the United States Air Force. He served his enlistment at Westover Air Force Base as a Munitions Specialist on B-52 Bombers. After his military service, Herb attended Boston University and earned certificates in Business, Hotel and Motel, and Food and Beverage Management as well as becoming a Certified Teacher in Culinary Arts, a registered chef, and a licensed builder in Massachusetts. Herb was a man of many hats and served in many positions throughout his career. His philosophy in life was, “People need to eat and a place to live”. Most recently, Herb was the Director of School Food Services for the Towns of Natick and Belmont. He had many joys in life, building, designing, cooking, teaching and even owning his own business. Many people can recall their delicious meals cooked by Chef Wallace. Anyone who knew him, knew that he was always working with his hands, building and constantly remodeling his home. He also enjoyed fishing and vacationing in Florida. Although he never earned his license, Herb trained to be a fixed wing pilot and even soloed. Herb will be greatly missed by his wife of many years, Catherine “Katy” (Dolan) Wallace. He is also survived by his brothers; David Wallace of Braintree, and John Wallace and his wife, Linda of Spring Hill, FL, as well as many nieces and nephews. In addition to his parents, he was preceded in death by his sister-in-law Barbara Wallace. Due to the current state of health affairs, services for Herb will be private. In lieu of flowers, the family has kindly asked that memorial contributions be made to Herb’s favorite charity, St. Jude’s Children’s Research Hospital, 501 St. Jude Place, Memphis, TN 38105-1905. The Kenneth H. Pollard Funeral Home is honored to serve the Wallace Family.

The family of Herbert "Herb" Stephen Wallace created this Life Tributes page to make it easy to share your memories.