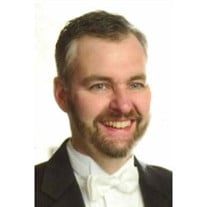 Gerard A. Routhier, 57, of Andover passed away peacefully on March 28, 2017 at Merrimack Valley Hospice House after a courageous four-year battle with multiple myeloma. Gerard grew up in Lawrence, the son of the late Joseph and Ida Routhier. He graduated from Greater Lawrence Vocational Technical High School and was passionate about his career as a chef, working in various organizations within the Merrimack Valley, most recently spending nearly 25 years with the 99 Restaurant Group. Throughout his life, he loved woodworking, gardening and enjoying the great outdoors. Gerard frequently visited Quebec, spending time with his extended family on the farm where his father was raised. He was active in the Cursillo community at St. Basil?s in Methuen. Additionally, Gerard was a member of the Men of St. Joseph and a communicant at St. Augustine Parish in Andover after the closing of his home parish, Sacred Heart in South Lawrence. Gerard?s life changed dramatically in 2010 when he married the love of his life. Together, he and Robin enjoyed entertaining, spending time with family and friends, and especially traveling. They visited many places, cruising the Mediterranean and Alaska, vacationing in Palm Springs, California, and touring New England. Sadly, their incredible journey together ended far too soon. The family would like to thank the Cancer Center at Massachusetts General Hospital for the devoted care he received during his illness. A special thanks to Jill Nelson Burke, his nurse practitioner, for always going above and beyond, selflessly giving her time and attention to his personalized care, we will be forever grateful. We also thank the staff of Merrimack Valley Hospice for their compassionate care during his final days. He will be sadly missed and lovingly remembered by his beloved wife Robin Gorski-Routhier; his sisters and brothers-in-law, Jacqueline Calobrisi of Methuen, Pauline and Dan Traficante of Methuen, Aline and Ron Valcourt of Bradford, Christine and Tom Burke of Andover and Francine Menendez-Aponte of Leominster; his mother-in-law Dorine Gorski of Merrimac; his sisters-in-law Darlene Sutton of Haverhill, Peggie Ramos of Salisbury, and Susan and John Amos of Irmo, South Carolina. He also leaves several aunts, uncles, nieces, nephews and cousins. He was pre-deceased by his brother Paul, and his brothers-in-law John Calobrisi and Tony Menendez-Aponte and his father-in-law Jack Gorski. Visitation for Gerard will be held from 4 - 8 p.m. on Friday, March 31, 2017 at the Kenneth H. Pollard Funeral Home, 233 Lawrence Street, Methuen. A Mass of Christian Burial will be celebrated at 10 a.m. on Saturday, April 1, 2017 at St. Augustine?s Parish, 43 Essex Street, Andover. Interment will follow at St. Joseph Cemetery, 892 Hilldale Ave., Haverhill. At Gerard?s request, donations to further multiple myeloma research can be made to the Multiple Myeloma Research Fund for Dr. Noopur Raje at Massachusetts General Hospital, Development Office, 125 Nashua Street, Suite 540, Boston, MA 02214-1101.

Gerard A. Routhier, 57, of Andover passed away peacefully on March 28, 2017 at Merrimack Valley Hospice House after a courageous four-year battle with multiple myeloma. Gerard grew up in Lawrence, the son of the late Joseph and Ida Routhier.... View Obituary & Service Information

The family of Gerard A. Routhier created this Life Tributes page to make it easy to share your memories.

Gerard A. Routhier, 57, of Andover passed away peacefully on...