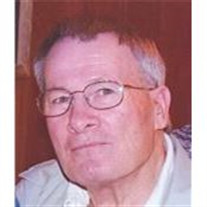 George M. Lambert was born on February 7, 1942, in Methuen, to Mary B. (Thompson) Lambert of Salem, NH, and the Late George W. Lambert. The oldest of sixteen children, George was a Master Electrician in Massachusetts and New Hampshire for more than 45 years. He was in such a hurry to begin his career as an electrician that he left Haverhill Trade School just months shy of his diploma and later earned his Certifications at the Franklin Technical Institute in Boston. For most of his career he owned and operated Lambert Electric Company; and with the guidance and support of his loving Wife (of almost Fifty Years) Sandra P. (Faucher) Lambert, they were able to grow their business and raise their three children. Although raised in Methuen, George called Lawrence home for more than 48 years. He enjoyed travelling with Sandra and their children on many car trips to the White Mountains and Eastern Canada (especially to Sherbrook, Quebec, where they would drive on a Sunday afternoon just to get the BEST pizza on Earth.) George and Sandra also enjoyed their several cross country road trips to ?See America?; and together have been to all 48 of the contiguous lower United States and most of the Eastern Canadian Provinces. George was greatly involved with the Greater Lawrence (now Northeast) Homebuilders? Association (having served in various capacities, including as President); and also with the Massachusetts State Homebuilders? Association, where he served a term as Secretary and attended the National Convention of Homebuilders in New Jersey in 1978. George enjoyed the many hours he spent working on projects at both his Lawrence home and his home on Grande Lac Brompton in Quebec. He was an avid card player and especially enjoyed playing Texas Hold ?Em Poker and 45s; and he was usually a very tough competitor. George especially loved his Family and his children, grandchildren, and great grand children. In addition to his Wife Sandra and his Mother Mary, he leaves his son Paul Lambert (and his Wife Marcia) and his Daughter Linda Slabczynski (all of Lawrence), his Son-in-Law John Slabczynski of Haverhill; and his daughter Amanda Welch (and her Husband Doug of Tewksbury); his eight Grandchildren: Rebecca, Bradley, Joshua, Victoria, Natalie, Benjamin, John Michael, and Paige; and his Great Grandchildren: Erick and Grady. He also leaves fourteen siblings: John Lambert (and his Wife Norma), Joseph Lambert, Mary Weber, Peter Lambert, David Lambert, and Jacqueline Berube (and her Husband Chuck) all of Methuen; Patricia Parent (and her Husband Rudy), Elizabeth Tine (and her Husband Tom), Cynthia Linehan (and her Husband Kevin), and Michael Lambert (and his Wife Diane), all of Salem, NH; Ann Lambert of Lawrence; Eileen Ricci of Allentown, NH; Tom Lambert (and his Wife Linda), and James Lambert (and his Wife Alana) all of Haverhill, MA; and his Brother-in-Law Bob Faucher (and his Wife Barbara of Florida) and his Brother-in-Law Paul Faucher (and his Wife Ruth of Chelmsford); and his Cousins Jack Shadlick and Donna (Shadlick) Schoff, who were also like siblings to him; and many Aunts, Uncles, Cousins, Nieces and Nephews. In addition to his Father he was predeceased by his brother James who died as a young boy. ARRANGEMENTS: In lieu of flowers memorials can be made to the Lawrence General Hospital School of Nursing Alumni Association 1 General Street Lawrence, MA 01841. Family and friends may call on Sunday 4:00p.m. - 8:00p.m. at the Kenneth H. Pollard Funeral Home, Inc., 233 Lawrence Street Methuen, MA 01844. Funeral Mass will be celebrated on Monday at 11:00a.m. in Our Lady of Good Counsel Parish/St. Theresa's Church in Methuen, MA. For directions or condolences please visit www.pollardfuneralhome.com The Kenneth H. Pollard Funeral Home is honored to assist the Lambert Family.

George M. Lambert was born on February 7, 1942, in Methuen, to Mary B. (Thompson) Lambert of Salem, NH, and the Late George W. Lambert. The oldest of sixteen children, George was a Master Electrician in Massachusetts and New Hampshire for more... View Obituary & Service Information

The family of George M. Lambert created this Life Tributes page to make it easy to share your memories.