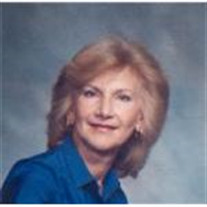 PORTSMOUTH, NH ? Frances A. (Tucarella) LaGrasse, 86, of Portsmouth, NH died Wednesday August 20, 2008 at the Edgewood Center in Portsmouth. Born and educated in Lawrence, MA, Frances was a graduate of Lawrence High School. Most of her life she worked in the aerospace missile industry with a top secret clearance, which included the Avco Corporation and Dynamics Research, both in which were in Wilmington, MA. She left to take an executive position at Walter Schaffer Associates in Woburn, MA as security administrator until her retirement. Frances was a member of the St. Rita?s Sodality of Corpus Christi Parish, the Sons of Italy in Portsmouth and the Portsmouth Senior Center. She was an avid reader, enjoyed playing golf and traveling, especially to her family's hometown of Sicily, Italy. One of her greatest joys was spending time with her two grandsons. She is survived by her son John J. Tucarella and his wife Marie (Sarto) of Salem, NH and her daughter Janice Hunter of Portsmouth, NH, three brothers Gus and James LaGrasse and Joseph and his wife Dora LaGrasse, one sister, Kay Cavarra Carrozza, 2 grandsons Nicholas J. Tucarella of Derry, NH and Todd Hunter and his wife Jasmin of Portsmouth, NH, as well as several nieces and nephews. Frances was predeceased by her brother Michael LaGrasse and her sister Marianne Manzi. She was also predeceased her former husband John J. Tucarella Sr. ARRANGEMENTS: Family and friends may call on Friday from 4:00p.m. ? 8:00pm. A Funeral Mass will be celebrated on Saturday at 10:00am at Corpus Christi Parish/Holy Rosary Church in Lawrence with burial to follow in the Immaculate Conception Cemetery also in Lawrence, MA.

PORTSMOUTH, NH ? Frances A. (Tucarella) LaGrasse, 86, of Portsmouth, NH died Wednesday August 20, 2008 at the Edgewood Center in Portsmouth. Born and educated in Lawrence, MA, Frances was a graduate of Lawrence High School. Most of her life... View Obituary & Service Information

The family of Frances A. (Tucarella) LaGrasse created this Life Tributes page to make it easy to share your memories.