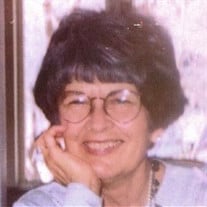 Elaine G. Donahue, 92, of Salem, New Hampshire passed peacefully on February 7, 2019 after a long illness. She had been a resident of Salemhaven since 2014. Elaine Adeline Gregoire was born on January 8, 1927 in Keene, NH and was the only child of the late Laurent and Frances Gregoire. She attended St. Joseph’s School and graduated from Keene High School. She was a cheerleader and was active in the drama club. She had lifelong friends who continued to refer to her as “Greg”, her high school nickname, even in her later years. In 1957, she married the late Richard “Dick” Donahue. They shared 57 years of marriage before Dick’s passing in November, 2014. A local beauty who was a Miss Keene runner-up, Dick often teased that he took her “off the shelf” when they married. They resided in Keene and raised two children during their first twenty years of marriage. In this time, Elaine also volunteered for various school activities and political causes and enjoyed playing golf and tennis as a member of Keene Country Club. Elaine and Dick moved to Salem in 1977. She worked for Salem Housing Authority for a period of time and then for several local banks before retiring in her mid-seventies. She was a devout Catholic and volunteered at St. Monica’s Church in Methuen serving on the parish council and as a Eucharistic minister. Elaine will be sorely missed and lovingly remembered by her two children and their families: son, Tom Donahue, his wife Tracy and their children; Casey, Kevin, and Thomas, and Casey’s daughter, Lillian, all of Antrim, NH and daughter, Martha Breen and her husband Kevin and their children Caitlin, Sean, Meghan, and Daniel, all of Salem, NH. The family is grateful for the care and compassion shown to Elaine by staff at Salemhaven and Compassionate Care Hospice these past four years. Friends and guests are invited to call on Sunday, February 10, 2019 from 2:00 to 4:00 PM at Kenneth H. Pollard Funeral Home, 233 Lawrence St. Methuen. A Mass of Christian Burial will be held Monday, February 11, 2019 at 11:00 AM at St Monica’s Church, Methuen, MA. Per the family’s request, interment will be private. Donations in Elaine’s memory can be made to Salemhaven, 23 Geremonty Drive, Salem, NH 03079 or Compassionate Care Hospice, 18 Orchard View Drive, Unit 4, Londonderry, NH. 03053. For directions and online guestbook, please visit the funeral home website, www.pollardfuneralhome.com. The Kenneth H. Pollard Funeral Home is honored to serve the Donahue Family.

Elaine G. Donahue, 92, of Salem, New Hampshire passed peacefully on February 7, 2019 after a long illness. She had been a resident of Salemhaven since 2014. Elaine Adeline Gregoire was born on January 8, 1927 in Keene, NH and was the only... View Obituary & Service Information

The family of Elaine G. Donahue created this Life Tributes page to make it easy to share your memories.