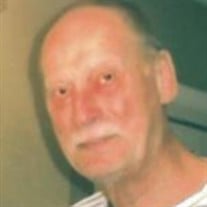 Edward “Ed” Louis Lonardo, 84, of Methuen MA, passed away peacefully on Friday, January 21, 2022, at Lawrence General Hospital. He was born in Lawrence, MA on October 20, 1937. He was the son of the late Waldo Lonardo and Dorothy (Fettes) Lonardo. Ed spent his entire life in the Greater Lawrence area. He attended Lawrence schools, graduating Lawrence High School in 1957. He was an outstanding basketball player, captain of the Lawrence High team, and the leading scorer in the Essex County League in 1957. After high school, Ed worked at Raytheon Corporation in Andover, MA for more than 40 years. He attained the position of General Foreman, in charge of the paint shop division. Ed had a great love for sports and his family and enjoyed the privilege of blending those passions together. During the 70’s, Ed coached several pop warner football teams, including both of the teams that his sons played on. Ed was predeceased by his ex-wife and mother of his children, Joanne O’Bryan Lonardo. He leaves behind his three children, Karilyn Crompton and her husband Keith, Charles L. Lonardo Esq. and his wife Glenda, and Edward Scott Lonardo. He was the loving grandfather to Jason and his wife Melanie, Liza, Francesca, and Adriana. His great-grandchildren include Lexi, Anthony, Keath, Christian, Shelbilynne, Charlotte, Maximus, Alexander, Meadow, and Avery. He is survived by his loving brother Louis Lonardo and his wife Cindy. He was also predeceased by his brother, Charles Lonardo. Ed will always be remembered as a loving, caring family man. He will be sorely missed. Calling hours will be held on Saturday, February 5th, 11:00 AM until 1:00 PM at Kenneth H. Pollard Funeral Home, 233 Lawrence St, Methuen. A funeral service will be held at the funeral home, immediately following calling hours, beginning promptly at 1:00 PM. Interment will take place at West Parish Cemetery in the spring. In lieu of flowers, donation in Ed's memory may be made to the Lawrence Boys and Girls Club, 136 Water St. Lawrence, MA 01841. For directions and online guestbook, please visit the funeral home website, www.pollardfuneralhome.com. The Kenneth H. Pollard Funeral Home is honored to serve the Lonardo Family.

The family of Edward "Ed" Louis Lonardo created this Life Tributes page to make it easy to share your memories.