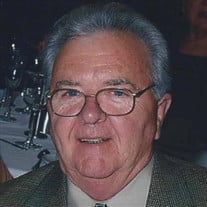 Douglas N. Wood, 70 of Salem, NH, passed away at Massachusetts General Hospital in Boston Thursday, July 26, 2018, after a long and courageous battle with heart disease. Born in Lawrence on September 9, 1947, he was the son of the late Henry and Margaret (Murphy) Wood. He was a graduate of Central Catholic High School, class of 1965 and proudly served his country in the United States Navy during the Vietnam War from 1966 through 1970. He recounted two events that stood out while serving with the HS-6, his participation in a show of force in the Sea of Japan in January 1968 and his participation in a rescue of survivors of the USS Frank E. Evans DD754 in June 1969. After an honorable discharge, he began a career at UPS for 14 years as a driver and later at Coca-Cola of Northern New England for 26 years as a bulk transport driver until his retirement. Doug was an avid New England sports fan and could often be heard yelling at the television during football season. Doug loved to spend time with his family. He was known for his quick wit, his love for antique cars and maintaining his spectacular lawn and pool. Doug will be deeply missed by his wife of 45 years, Jacquelyn (Donovan) Wood; his two children, Kathleen Wood Bacon and her husband, Christopher and Daniel Wood and his wife, Erin (Duchemin) Wood; his two granddaughters, who were the lights of his life, Clare and Kathryn Bacon; his sister, Barbara Houde and her husband, Roland; 2 brothers, Brian Wood and his wife, Deborah and William Wood and his wife, Janet; and several nieces and nephews. He is predeceased by his sister, Susan Wood. Family and friends will honor and celebrate Doug’s life by gathering for his calling hours at the Kenneth H. Pollard Funeral Home, 233 Lawrence Street in Methuen on Tuesday, July 31, 2018 from 4 – 8 PM. His Funeral Mass will be celebrated at 11 AM on Wednesday, August 1, 2018 at Mary Queen of Peace Church, 200 Lawrence Rd., Salem, NH. Burial will be private and at the convenience of the family. In lieu of flowers, donations can be made in memory of Douglas Wood to support the research efforts of Dr. Christopher Newton-Cheh, in the Massachusetts General Hospital Cardiac Division. Donations may be made online at giving.massgeneral.org, or checks made payable to the Massachusetts General Hospital can be mailed to MGH Development Office, Attn: Lily Guttentag, 125 Nashua Street, Ste 540, Boston, MA 02114-1101 or to the Veterans Northeast Outreach Center, 10 Reed Street, Haverhill, MA 01832. For directions or to send a condolence to Doug’s family, please visit www.pollardfuneralhome.com. The Kenneth H. Pollard Funeral Home is honored to serve the Wood family.

Douglas N. Wood, 70 of Salem, NH, passed away at Massachusetts General Hospital in Boston Thursday, July 26, 2018, after a long and courageous battle with heart disease. Born in Lawrence on September 9, 1947, he was the son of the late Henry... View Obituary & Service Information

The family of Douglas N. Wood created this Life Tributes page to make it easy to share your memories.

Douglas N. Wood, 70 of Salem, NH, passed away at Massachusetts...