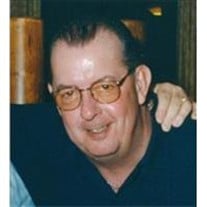 Retired Lawrence Police Sergeant, Donald M. Cronin, 66, of Andover, passed away unexpectedly on Tuesday March 17, 2015 at his home in Andover, MA. Born and educated in Lawrence, MA, Don was the son of the late, John J. and Adelaide (Metcalfe) Cronin, Sr. and was a graduate of Lawrence High School with the Class of 1967, and received his Bachelors of Science degree in Criminal Justice. Don served in the U.S. Air Force and was honorably discharged from service as an Airman Basic. For 38 years Don was a police officer with the Lawrence Police Department retiring as Sergeant. After his retirement, he was a sergeant for two years with the Merrimack College Police Department in North Andover, and was also an important part of the staff at the Kenneth H. Pollard Funeral Home in Methuen. Donald was a communicant of St. Monica?s Church where he volunteered with the organizing of the church fair. He was a member of the Lawrence Elks BPOE # 65, and the Rocky Club also in Lawrence. Don enjoyed traveling, fishing, was an avid sports fan and spending time with his family. Donald leaves his wife of 5 years, Linda L. (Anderson) Cronin of Andover, MA. He is also survived by his two sons, Donald M. Cronin, Jr., of Somerville, MA and William J. Cronin of Methuen, MA and granddaughter, Brianna A. Cronin also of Methuen, MA. One sister Nancy Angus of Leominster; step-brother, William Dixon of Haverhill, MA; mother-in-law Evelyn P. Crotch of Andover, MA; brother-in-law Anthony T. DiStefano; brothers-in-law and sisters-in-law Belisario and Leslie Rosas of Andover, MA, Gary and Deborah Anderson of Windham, NH and several nieces, nephews and cousins. Don also leaves his cherished dog, Bailey and beloved cats, Tedy and Curt. Donald was predeceased by his brother John J. Cronin, Jr and his wife Jacqueline Cronin; his sister Sheila DiStefano; step-brother, John Dixon and father-in-law Clayton Crotch. Donald will be sadly missed by all who knew and worked with him. Memorials can be made in Donald?s name to the M.S.P.C.A. 400 Broadway Methuen, MA 01844. Visiting hours for family and friends will be Monday from 4:00p.m. ? 8:00p.m. at the Kenneth H. Pollard Funeral Home, Inc., 233 Lawrence Street Methuen, MA 01844. Funeral Mass will be celebrated on Tuesday at 11o?clock in St. Monica?s Church in Methuen with burial and military honors to follow in the West Parish Cemetery in Andover, MA. For directions or to send online condolences please visit www.pollardfuneralhome.com The Kenneth H. Pollard Funeral Home is honored to assist the Cronin Family with this difficult time.

Retired Lawrence Police Sergeant, Donald M. Cronin, 66, of Andover, passed away unexpectedly on Tuesday March 17, 2015 at his home in Andover, MA. Born and educated in Lawrence, MA, Don was the son of the late, John J. and Adelaide (Metcalfe)... View Obituary & Service Information

The family of Donald M. Cronin created this Life Tributes page to make it easy to share your memories.