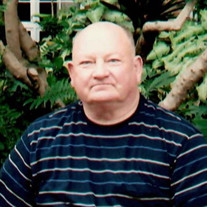 Daniel J. Dirsa, 73, longtime resident of Methuen, formerly of Haverhill, passed away on April 14, 2020 at the Whittier Rehabilitation Hospital in Bradford. Born in Methuen on May 7, 1946 to the late Mitchell and Mary (Dandaravich) Dirsa, he was raised and educated in Haverhill, graduating from St. James High School with the Class of 1964. Like so many of his generation, Daniel answered the call to service and proudly served his country as a Green Beret in both Vietnam and Panama. After his discharge from the military, he went on to begin a career as a barber for several years, then worked in security as an armored guard. Daniel was a very humble and selfless person who enjoyed life’s many activities; from relaxing on the front porch visiting with neighbors to playing the neighborhood Santa during the holidays. He had a deep love for baseball where he coached Little League in Haverhill and was a certified ASA umpire. In continuing with his devoted patriotism to his country, Daniel was a lifetime member of the VFW and received the Patriotic Citizen’s Award for his continuous flying of the American Flag. Daniel is survived by his beloved bride, Maureen M (Gallagher) Dirsa also of Methuen, with whom he celebrated nearly five decades of marriage together. He was the cherished father to his daughter, Daniele Sharpe and her husband Craig of Raymond, NH and the proud grandfather to Madison and Colby. Daniel is also survived by his four siblings; his brother Mitchell Dirsa and wife Jacqueline, his sister Patricia Brooks, his brother Gregory Dirsa, his sister Joanne German and many nieces and nephews. To honor Daniel’s wishes the service will be privately held. A memorial mass and a celebration of life will be held in his honor at a later date. In lieu of flowers, please consider making a donation in Daniel’s memory to the Dana-Farber Cancer Institute, P.O. Box 849168, Boston, MA 02284-9168 or to the Whittier Rehabilitation Hospital, ATTN Robert Iannaco, 145 Ward Hill Avenue, Bradford, MA 01835. The Dirsa family would especially like to thank Dr. Ankur Metha at the Dana-Farber Clinic in Methuen and to the staff of the Whittier Rehab for the amazing and compassionate care that Daniel received. To leave an online condolence, please visit www.pollardfuneralhome.com. The Kenneth H. Pollard Funeral Home is proud to serve the Dirsa family.

Daniel J. Dirsa, 73, longtime resident of Methuen, formerly of Haverhill, passed away on April 14, 2020 at the Whittier Rehabilitation Hospital in Bradford. Born in Methuen on May 7, 1946 to the late Mitchell and Mary (Dandaravich) Dirsa, he... View Obituary & Service Information

The family of Daniel J. Dirsa created this Life Tributes page to make it easy to share your memories.