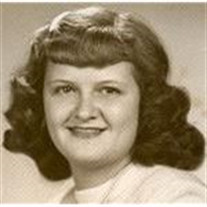 Salem, New Hampshire ? Barbara J. (Flanagan) Koza, 78 yrs., died Friday morning September 3, 2010 at home surrounded by her loving family. Barbara was born in Lawrence, the daughter of William and Dorothy (Hart) Flanagan. She was also a graduate of Lawrence High School class of 1950. Barbara was a longtime resident of Salem along with her husband Francis while raising their family. She was formerly employed as a secretary with the Salem School District. Mrs. Koza was a Communicant of Saint Matthews Church in Windham, and actively involved at Church. At the Woodbury Junior High School she was honored by distributing the Barbara Koza Award for students humanitarian achievements. She was a member of the New Hampshire retired educators association, and was a member of the Woodbury Sunshine Club. Barbara was a Girl Scout Leader for Salem, NH and more importantly was considered by her family to be the consummate grand and greatgrandmother. Survivors include her husband of 59 years; Francis R. Koza. Survivors include children Patricia and her husband Joseph Dowgiert of Salem, NH, Karen Dowgiert and her close friend Stephen Nicholas of Londonderry,NH, Cynthia and her husband Lawrence Zulauf of Salem, NH, Francis R. , Jr. and his wife Shelly Koza of Derry, NH, one sister Dorothy Prunier of Salem, and her brother James and his wife Patricia Flanagan of Waterville, NH, 11 grandchildren;Joseph, Thomas, Teddy, Bryan, Alex, Erin, Jennifer,Sarah, Arianna, Matthew, and Erik, as well as two greatgrandchildren;Marcus, and Lilah and several nieces and nephews. A Mass of Christian Burial will take place on Wednesday morning at 10 o?clock in Saint Matthews Church in Windham with burial to follow in Pine Grove Cemetery in Salem, NH. Friends may call on Tuesday from 2-4 & 7-9 P.M. at the Kenneth H. Pollard Funeral Home, Inc. 233 Lawrence Street Methuen. Memorial contributions may be made to Dana Farber Cancer Institute 40 Buttrick Road in Londonderry, New Hampshire.

The family of Barbara J. Koza created this Life Tributes page to make it easy to share your memories.