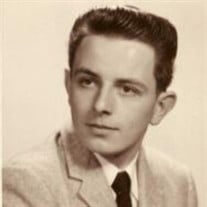 Arthur Perrault, age 79 of Lawrence passed away on March 16, 2022. Arthur was born in Methuen on August 4, 1942 to the late Arthur and Stella Perrault. He attended Packard Grammar School, and later graduated from Lawrence High School, Class of 1960. Arthur was employed at Lawrence Pumps until enlisting in the United States Navy in 1963. He was stationed on the U.S.S. Yosemite and was honorably discharged in 1967. Arthur married Julie (Leslie) Perrault in 1968 and they went on to have 5 children together. Arthur was a machinist by trade and spent most of his career working for Gillette in injection molding. He also worked for Watts Regulator and later Voltek. After his retirement, Arthur worked for Auto Parts Warehouse. Arthur was very active in various veterans programs and attended daily mass at St. Patrick’s Church. He has a great sense of humor and loved to see people happy. Arthur made friends everywhere he went. His family was everything to him. He is survived by his children Jennifer Perrault and her spouse Petar Krstevski, Robert Perrault and his partner Angela, and Alan Perrault, his beloved grandchildren Cody, Kaylah, Austen, Anthony, Serena, Nicholas, Emily, Noah, Lilah, 1 great-grandson Ren, his brother Michael Perrault and several nieces and nephews. Arthur is pre-deceased by his sons Artie Perrault Jr., Steven Perrault and their mother Julie. Friends and guests are invited to call on Monday, March 28, 2022 from 4:00 PM until 8:00 PM at the Kenneth H. Pollard Funeral Home, 233 Lawrence St. Methuen. A Mass of Christian Burial will take place at St. Patrick’s Parish, 118 S. Broadway Lawrence. Interment to follow at Elmwood Cemetery of Methuen. For directions and online guestbook, please visit the funeral home website, www.pollardfuneralhome.com. The Kenneth H. Pollard Funeral Home is honored to serve the Perrault Family.

Arthur Perrault, age 79 of Lawrence passed away on March 16, 2022. Arthur was born in Methuen on August 4, 1942 to the late Arthur and Stella Perrault. He attended Packard Grammar School, and later graduated from Lawrence High School, Class... View Obituary & Service Information

The family of Arthur C. Perrault created this Life Tributes page to make it easy to share your memories.