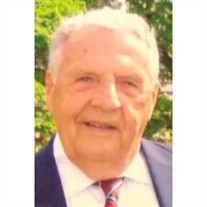 Arthur J. Hamel, 86, of Methuen, passed away on Saturday, January 21st in Boston following a short illness. Arthur was born on December 15, 1930 in Lawrence, Massachusetts, to Mae and Walter Hamel and grew up in the South Lawrence area. He graduated from Central Catholic High School in Lawrence, and was the first member of his family to attend college, graduating from St. Anselm College in 1956. He later earned two Masters degrees, in education, from State Teachers College at Boston, and in the teaching of chemistry from the University of New Hampshire. He married Mary (Nyhan) Hamel on August 25th, 1956 and they made their home in Methuen. He served his country as an Electronics Technician in the United States Coast Guard before dedicating the majority of his professional life to education at North Andover High School. He was a chemistry teacher, 1957-1973, assistant principal, 1973-1990, and business manager, 1990-1992. Committed to the student-athletes of North Andover, he coached baseball for seven years as an assistant to his mentor, the legendary George ?Benny? Lee, and managed the town's community basketball program under Richard ?Dick? Licare. Arthur was inducted into the Johnson-North Andover High School Athletic Hall of Fame in March, 2015. He was a devoted member of St. Monica Parish in Methuen and supported the parish, both as a church volunteer and as a member of the Society of St. Vincent de Paul. He also blended his lifelong passion for education with a love for the outdoors as a Boy Scout leader with Troop 55, in Methuen, and as Camp Director and a senior staff member North Essex Council Boy Scout Camp, Camp Onway, in Raymond, NH. He was also a skilled woodworker, his talent demonstrated in the many pieces of furniture that grace the homes of his extended family. Most of all, he loved spending time with his family, including his and Mary?s children and seventeen grandchildren. He is survived by his wife, Mary, and children, including Michael and his wife, Ginny, of Silver Spring, MD; Kathleen, and her husband, Michael Courtois, of Salem, NH; William and his wife, Donnie, of Ashland, ME; John, and his wife, Cathy, of Methuen, MA; Jerome, and his wife, Tanya, of Ponte Vedra, FL; and Paul, and his wife, Jennifer, of San Rafael, CA, and his seventeen loving grandchildren, and two great-grandchildren. He was preceded in death by his parents; his brother, Walter; and his daughter, Mary Elizabeth. Family and friends will honor and celebrate Arthur?s life by gathering for calling hours at the Kenneth H. Pollard Funeral Home, 233 Lawrence Street in Methuen on Wednesday, January 25, 2016 from 4 ? 8 PM. His Mass of Christian Burial will take place at 9 AM on Thursday at St. Monica?s Church in Methuen. Burial will follow at St. Mary/Immaculate Conception Cemetery in Lawrence. In lieu of flowers, the family has requested memorial contributions be made in Arthur?s name to St. Monica's St. Vincent de Paul Society, 212 Lawrence St. Methuen, MA 01844 or to the Central Catholic High School Scholarship Fund, 300 Hampshire Street, Lawrence, MA 01841. The Kenneth H. Pollard Funeral Home is honored to serve the Hamel family.

Arthur J. Hamel, 86, of Methuen, passed away on Saturday, January 21st in Boston following a short illness. Arthur was born on December 15, 1930 in Lawrence, Massachusetts, to Mae and Walter Hamel and grew up in the South Lawrence area.... View Obituary & Service Information

The family of Arthur J. Hamel created this Life Tributes page to make it easy to share your memories.

Arthur J. Hamel, 86, of Methuen, passed away on Saturday, January...