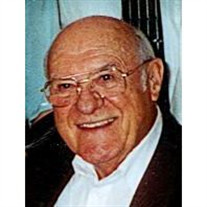 Methuen, Ma. ? Alfred J. Nicholson, 89, of Methuen, died peacefully Thursday, August 23, 2012 at Lawrence General Hospital. Son of the late Alfred J. and Elizabeth (Torkington) Nicholson was born in Methuen on July 8, 1923 and lived here all of his life. Mr. Nicholson graduated from Searles High School and Wentworth Institute. He received his Bachelor of Science from the Institute of Social Research and his Masters from Antioch University. He was a senior member of the Society of Manufacturing Engineers and was certified as a Manufacturing Engineering by the Society. He was also certified as a Manufacturing Engineer ? professional level with the Canadian Council of Professional Certification. He also was certified as a Value Specialist with the Society of American Value Engineers and served as Vice President of this Society. Working for various companies in the Massachusetts area, Mr. Nicholson was employed for 45 years starting as an apprentice machinist and retiring from Raytheon Co. in West Andover as a Senior Industrial Engineer. Mr. Nicholson served honorably in the United States Army Air Corp during World War II, both in the American Theater Campaign and the Asiatic Theater Campaign. His hobbies were World War I aircraft and alternative medicine. He believed in life-long education and attended many specialized courses at local colleges. He was predeceased by his parents, his two children, Howard and Francine; his sister Vera and his two brothers, Howard and Frank. He is survived by Christina, his loving wife and constant companion of 63 years; his two grand children, Troy and Heather; his caring daughter-in-law Madelyn and many nieces and nephews. Family and friends are planning to honor and celebrate Alfred?s life by gathering for a Mass of Christian Burial at St. Monica?s Church, 212 Lawrence St., Methuen on Thursday, August 30, 2012 at 9 AM. Burial will follow in Walnut Grove Cemetery, Methuen. Guests will be warmly received in the Kenneth H. Pollard Funeral Home, 233 Lawrence St., Methuen on Wednesday, August 29, 2012 from 5-8 PM. Those who wish to remember Alfred by making a memorial contribution in his memory are kindly asked to consider the Alzheimer?s Association of Eastern MA, Inc., 311 Arsenal St., Watertown, MA 02472. The Kenneth H. Pollard Funeral Home, Methuen is honored to assist the Nicholson family with arrangements.

The family of Alfred J. Nicholson created this Life Tributes page to make it easy to share your memories.